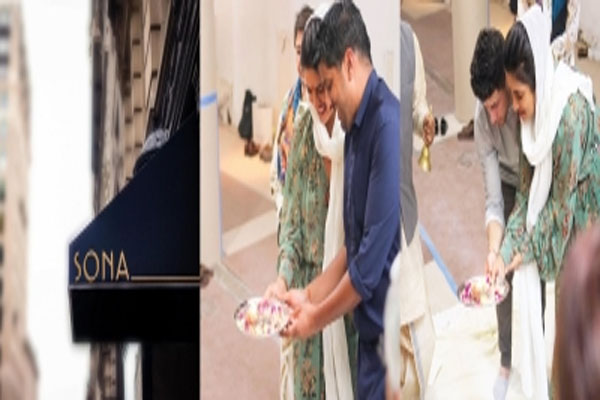 
Los Angeles After actress Kangana Ranaut, now Bollywood actress Priyanka Chopra Jonas has also entered the food industry. He has announced the opening of his restaurant in New York. Indian cuisine will be available in this restaurant. The actress says that she has named the restaurant Sona and that it will be inaugurated later this month. Priyanka tweeted, “I am thrilled to open a new restaurant in New York, in which I have poured my love for Indian food. Sona will find dishes from India that I grew up savoring.” Leading Chef Hari Nayak will be led. He has prepared a very colorful and innovative menu that will take you on a journey to my wonderful country. Sona is starting at the end of this month and I am not waiting to see you there I am getting

The actress has also shared some photos, in which she is seen worshiping with her husband Nick Jonas. He further wrote in the tweet, “This effort would not have been possible without my friends MK Goel and David Rabin. Thank you very much to our designer Melissa Bauers and the entire team for realizing this vision. The second and third photos in the post September 2019 That is when we worshiped here. This is the place where our restaurant Sona is coming. “

Talking about work, Priyanka was seen in the recently released digital film ‘The White Tiger’. It also stars Rajkumar Rao and Adarsh ​​Gaurav in it.