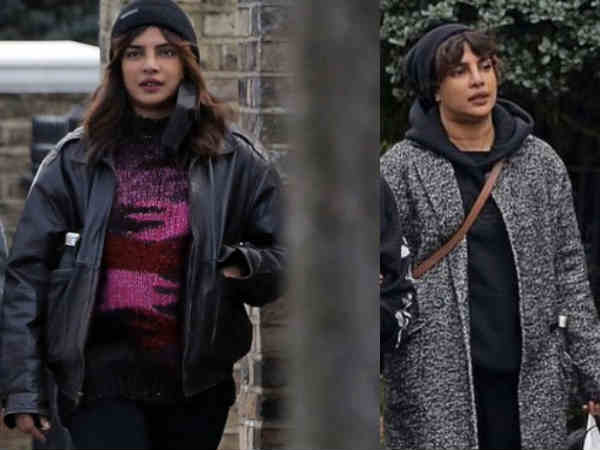 There was news earlier too

Significantly, there were reports of Priyanka Chopra becoming pregnant last year but Priyanka denied these reports saying that she has gained weight because she ate too much during Christmas. But people considered their obesity as pregnancy.

Significantly, when the last time there were reports of Priyanka Chopra being pregnant, her mother Madhu Chopra also tried to find out the truth of this news by calling her. But Priyanka did not leave even her mother and heard them speak on the phone.

Ready to be a mother

During the lockdown, Priyanka confessed in an interview to a magazine during Quarantine that she is now ready to be a mother. In this interview, Priyanka said that she is preparing to become a mother. She wants to taste it and it will be fulfilled in the coming years.

On marrying Nick, Priyanka Chopra said that she lost herself in every relationship before Nick. But this is a big change in his life with Nick and he is very happy about it.

In this interview, Priyanka confessed how her life changed after she met Nick. Prior to Nick, Priyanka used to worry that she is not speaking too fast, or is laughing too fast. Did his voice get louder? Now they are not worried about anything like that.

Priyanka told in this interview that since marriage, I am on a small Pause and probably preparing for the life ahead. I have only done one film. I travel a lot.

Always together for two years

Priyanka told that the work of both Nick and her is such that it is very difficult to be with them. So after marriage, both of them took maximum time for each other. And after that, the next year i.e. in 2020, everyone’s life was spent in lockdown and quarantine.

Preparations were to return in 2020

Priyanka said that this year she is preparing a lot. He has to do some good work this year and now he has to return to work. So after marriage, she is now preparing to bring her life back to the routine. But the entire year passed, fighting only with Corona.

About marrying Nick, Priyanka told in an interview that Nick is completely her father’s image. This is why she respects Nick so much and she doesn’t like anyone more than Nick.

Don’t know the truth or lies

Now the news of Priyanka Chopra’s pregnancy keeps flying. So if Priyanka and Nick are really going to be parents then congratulations to them. And if this news is rumored as usual, then we will also wait for the little baby Jonas.