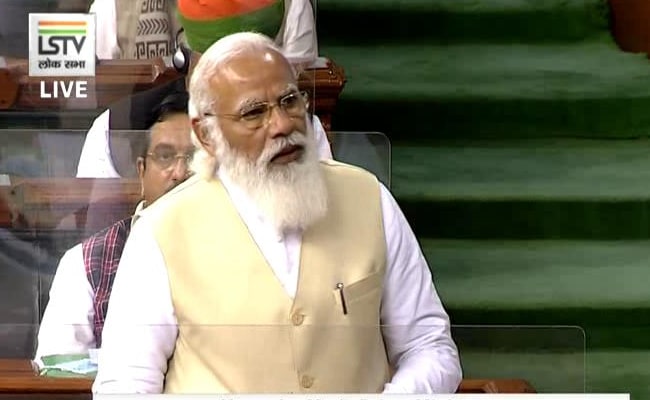 PM Modi said, ‘When Congress colleagues discussed the content and intents of agricultural laws, the right things would reach the farmers’.

Responding to the discussion on the President’s address to the Lok Sabha, PM Modi has said that despite diversity, we are one nation. How the country chooses its path, decides the path and achieves success by walking on the path, even in the worst and the opposite period, the President has said all these things in his address. Speaking on the issue of farmers, he said that the House respects the sentiments of all the farmers who are agitating. That is why the government is constantly talking with respect. Constant dialogue has been going on. Discussing the doubts of farmers. If there is something missing, you are ready to change.

As far as the movement is concerned, our farmer siblings are sitting outside Delhi. Whatever misconceptions he has created, rumors have been spread, he has been a victim of this. Constant talks have been taking place, even when the agitation was going on in Punjab. In the conversation, constant efforts have been made to find out what are the doubts of the farmers. On the uproar on the part of the opposition members, he said that the movement in Parliament, this voice, an attempt to put this blockage, is happening under a thoughtful strategy. The strategy is that the lies and rumors that have been spread will be exposed. That is why the game of fussing is going on. These new laws are not binding for anyone, there are options for everyone, if there are options then there is no reason to protest.

Narendra Modi said in the House that after the law is made, I want to ask any farmer whether the rights and the systems that he had before, have taken away anything from this new law. No one answers this, because everything is the same. He also said that there is no restriction on old mandis as well. Not only this, more budget has been made to modernize these mandis in this budget. Our decisions have been taken in the spirit of Sarvajan Hitaya – Sarvajan Sukhaya.

The Prime Minister said that for the first time this new argument came in this House, why did we ask for it? If you do not take it, then there is no pressure on anyone. In this country, a law should be made against dowry, no one asked for it, but it was necessary for a progressive country, so a law was made.