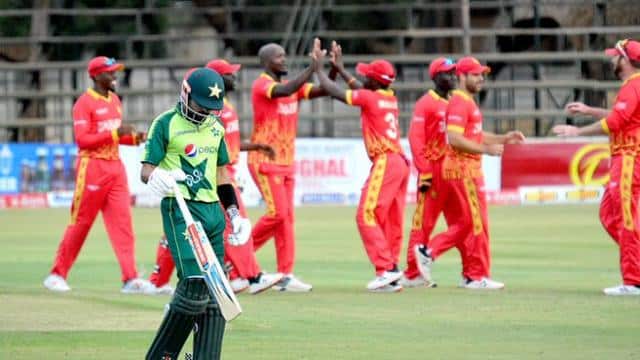 Pakistan lost to Zimbabwe for the first time in T20, series 1-1

Zimbabwe, thanks to Luke Wongwe’s four-wicket haul, beat Pakistan by 19 runs in the second T20 International on Friday to level the three-match series 1-1. Zimbabwe scored 118 for nine after being invited to bat. For him, opener Tinashe Kamunhukamwe scored the highest number of 34 runs. Apart from him, four other players scored less than 20 runs.

Bad news for Rajasthan, Archer out of IPL 2021 season

After this, Jongwe performed brilliantly for Zimbabwe, taking four wickets for 18 runs in 3.5 overs, which helped the team equalize the series by winning in this low-scoring match. Pakistan’s team was reduced to 99 runs with one ball due to the failure of the middle order and they had to face defeat from the lower ranked team.

This is Pakistan’s first defeat against Zimbabwe in the T20 format. Ryan Burl also took two wickets for Zimbabwe. Captain Babar Azam scored 41 for Pakistan but could not reach the team to victory. Apart from him, Danish Aziz scored 22 and Mohammad Rizwan scored 13 runs.