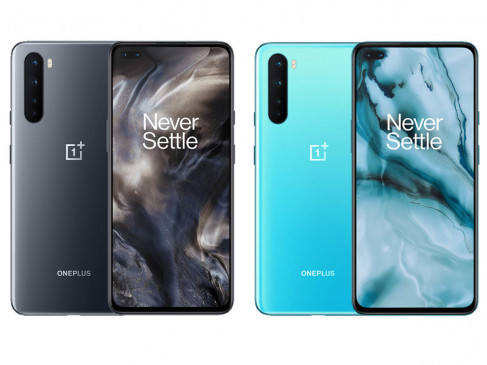 OnePlus Nord gets OxygenOS 11.1.1.3 update, know what’s special in it

Digital Desk, New Delhi. Chinese smartphone maker OnePlus (OnePlus) launched its cheap phone OnePlus Nord (OnePlus Nord) in India last year. At the same time, now the company has released the update of OxygenOS 11.1.1.3 for this. With this update, customers are also getting Android security patch of May 2021. Several bugs have also been fixed with the new update.

With this update, OnePlus Nord will get many features for the system, network, camera and file manager. OxygenOS 11.1.1.3.AC01DA update size is 420MB. However, this update is not available for all users simultaneously. But gradually – it will become available to all. What’s special in this update, let’s know …

Realme C25s smartphone will be launched in India soon, know the likely price

What’s special with the new update?
According to the information given about the new update on the forum of OnePlus, after this update, the camera will work better than before. Camera bugs such as display problems in nightscape mode, profile picture, frame drop in video recording, flash effects at times, front camera delay will be fixed. Apart from this, the speed of Wi-Fi will also be good after the new update.

OnePlus Nord specification
OnePlus Nord has a 6.44-inch Full HD + AMOLED display. It has a quad camera setup for photography. Which includes 48 megapixel primary sensor, 8 megapixel wide angle, 2 megapixel macro lens and 5 megapixel depth sensor. While it has a dual front camera for selfie and video calling. It includes 32 megapixels and 8 megapixel sensors.

POCO F3 GT smartphone may be launched soon, the company has confirmed

For better performance in the phone, Qualcomm’s Octacore Snapdragon 765G processor has been given with up to 12GB of RAM in the phone. It has 256GB internal storage. For power backup, this phone has a battery of 4,100 mAh. According to the company, the phone battery gets 70 percent charge in 30 minutes. At the same time, an in-display fingerprint sensor has also been provided for security.