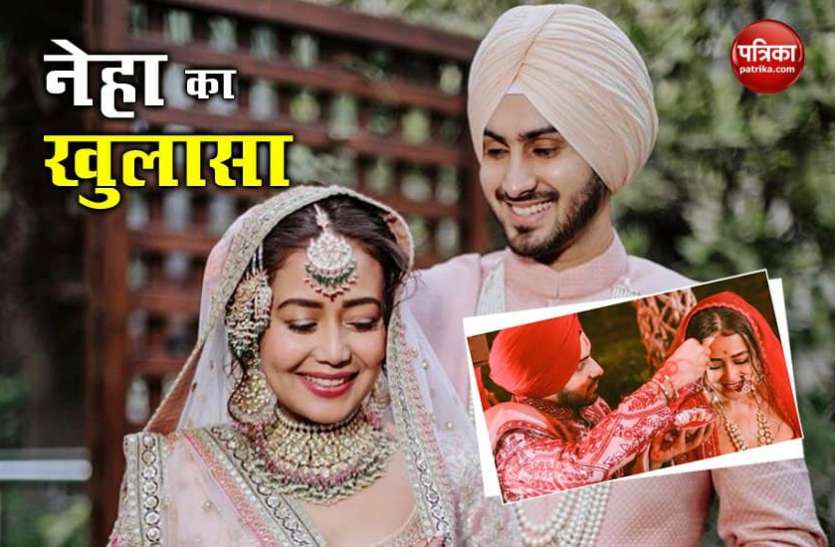 On Neha Kakkar’s disclosure, on the matter of marriage, Rohanpreet said – I am not married yet …

New Delhi: Bollywood singer Neha Kakkar was in the news for her marriage this year. Everyone was surprised by his sudden decision to marry Rohanpreet. However, the fans like both pair quite a lot. Neha and Rohanpreet married on 24 October. The wedding photos of both of them spread like fire on the internet. The pair of both were named by people as Rab Ne Bana Di Jodi. But now recently Neha has made a disclosure about her relationship.

Recalling the old days, Neha Kakkar said – She used to tremble as soon as she went on stage.

Actually, Neha and Rohanpreet reached The Kapil Sharma Show on Sunday. After reaching here, both of them told many things about their relationship and marriage. Meanwhile, Neha revealed that she had placed a condition in front of him before dating Rohan. Neha tells Kapil that Rohan told me that he likes me. But I told him that my age is now married, so I want to get married not dating directly. On this, Rohan said that but my age is not married yet, how to marry now. After this, the conversation between the two stopped.

Neha further told, after this, suddenly one day Rohanpreet’s call comes and he tells me that I cannot live without you and want to get married. Rohan had a drink at that time. So I thought that they must be saying like this. Will forget by morning. But the next day he again got a call and asked for marriage. After that I told him to meet my mother and talk about marriage. Neha told that her mother was very happy to meet Rohanpreet. His mother said that we thought that Nehru’s smile is lovely but Rohanpreet’s smile is very sweet.

Abhinav Shukla gave a big statement on divorce with Rubina Dilaik, said- After coming on the show, I …

Let me tell you that Neha Kakkar and Rohanpreet first met during the Nehru Da Vyah Video Song. It is from here that the two came close to each other and decided to get married.