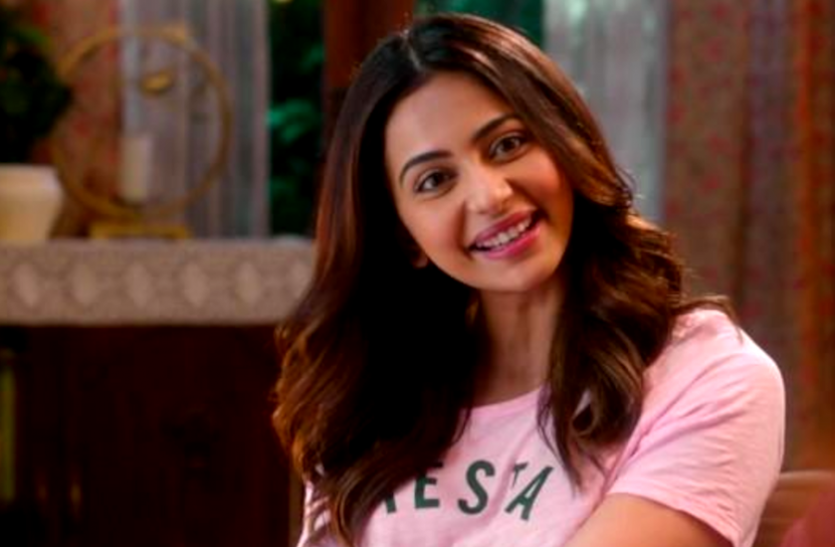 Mumbai. In Bollywood, the trend of making films on new subjects and social issues has gained momentum in the last few years. The good thing is that the way social issues are being shown in an entertaining way, they are also getting success from them, whether the film is ‘Badhaai Ho’, ‘Bala’, or ‘Shubh Mangal Savdhan’. Ronnie Scuvala is going to do one such new experiment. In this project Rakul Preet Singh will be seen playing the role of a condom examiner.

Will play the role of condom tester
The name of this female-oriented film by Ronnie Screwvala has not been decided. According to a report by Bollywood Hungama Rakul Preet has said yes to this project. This social comedy film will be similar to Ayushman Khurana’s commonly selected projects. Rakul will play the role of a condom examiner in this film. Yes, according to the name Rakul will be seen doing condom tests. The source says that this film aims to remove the hesitation associated with condoms and promote its use. In this film, bold and funny content will be used on the subject like the film ‘Dream Girl’. The source says that when Rakul was talked about this movie, she agreed. Now it is only late for him to sign the film. The shooting of this movie will start as soon as the critical conditions of the Corona period are corrected.

Significantly, in large condom manufacturing companies, people older than 18 years of age are hired for testing. Their job is to check the durability of the product. Whenever the company launches a new product, similar testing is done. Talking about the workfront, Rakul Preet’s next film is Sardar Ka Grandson with Arjun Kapoor.