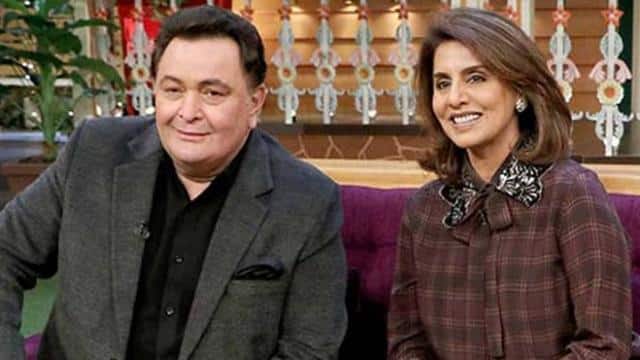 Bollywood actress Neetu Kapoor still misses her late husband Rishi Kapoor. She periodically shares posts on social media for him. Neetu is now missing Rishi Kapoor at the wedding anniversary. He has spoken emotional by posting a video on Instagram account.

The video shows a glimpse of Rishi Kapoor and Neetu’s films from their clips to their wedding. Posting this video, Neetu Kapoor wrote in the caption, ‘Today would have been 41 years.’ Along with this, he has also shared a broken heart emoji. It is known that on April 30 last year, Rishi Kapoor died after a long illness.

Sara Ali Khan did yoga while swinging in the air, fans were surprised to see the video

Let us tell you that Rishi Kapoor and Neetu Singh got married on January 22, 1980. Both have occasionally, in sports, played in several films such as Amar Akbar Anthony and Zahadina Insan. Neetu and Rishi last shared screen together in the film Besharam. Ranbir Kapoor was in the lead role in this film.

His last film Sharmaji Namkeen remained incomplete with the death of Rishi Kapoor. Now Paresh Rawal will be seen in this film instead of Rishi Kapoor. Rishi Kapoor’s film will be released on his birthday i.e. 4 September. Earlier, the producer of the film, Honey Trehan, told mid-day that he would complete the film with the help of advanced technology. He said, “We will complete this film using VFX. We will not compromise on the quality of the film. We are talking to several VFX studios. ”