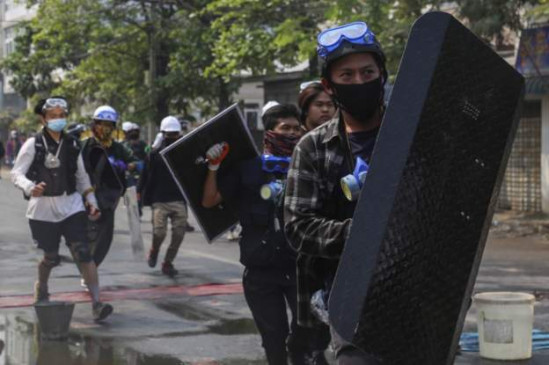 Digital Desk, New Delhi. People in Myanmar have been demonstrating continuously against military rule. Protests against the military continue in most major cities of Myanmar on Thursday as well. These people demand that the elected representatives be released, including the country’s highest leader Aung San Suu Kyi.

60 protesters killed so far, more than 2 thousand people hostage
According to a local organization in Myanmar, 60 protesters have died so far and more than 2000 people have been taken hostage by the security forces. On February 1, Myanmar’s military rulers arrested Aung San Suu Kyi, following a coup.

Myanmar army accuses Suu Kyi of illegally taking money
Myanmar military rulers have accused ousted leader Aung San Suu Kyi of illegally accepting some gold and US $ 6 lakh (about four crore 36 lakh rupees) while in government. This is the most serious charge ever leveled at Suu Kyi by the Myanmar army. The army has also claimed that they have confirmed the information that Su Chi had accepted the money.