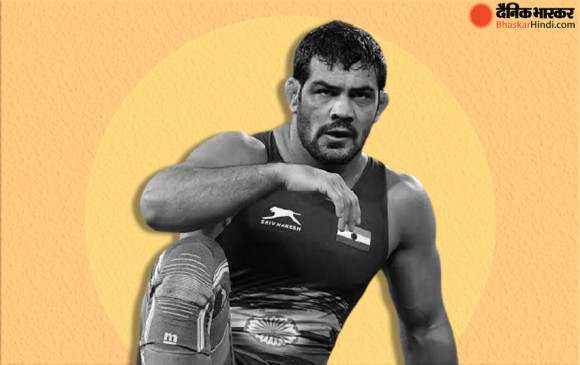 Digital Desk, New Delhi. Police are searching for Olympic medalist Sushil Kumar in connection with the murder of Sagar Wrestler, a junior national champion at Chhatrasal Stadium. In such a situation, the police of Model Town police station in Delhi raided in other states along with Delhi NCR. However, the police did not find any clue to Sushil Kumar. Sushil and his other companions are still out of the police custody. Police has arrested Prince Dalal (24), a resident of Jhajjar in this case.

Please tell that this incident is on 4th of May. Late in the night, two groups of wrestlers had a fight in the Chhatrasal Stadium parking lot. Three wrestlers Sagar, Sonu and Amit were injured in it. Sagar died during treatment. The name of Sushil and his associates were revealed in this case Since then the police is searching for these people. The police officer investigating the case said that more than 12 teams of Delhi Police are conducting raids. Sushil’s last location was found in Haridwar. Since then, his mobile is constantly shutting down.

The police have also recorded the statements of all the victims. During this time he said that Sagar and some of his friends, including the injured Sonu Mahal, who is a close associate of gangster Kala Jathedi, were staying in a house attached to Sushil near the stadium. He was recently asked to vacate the house and was forced out of the house. Sushil later learns that Sagar used the wrong words against him at the Chhatrasal Stadium in front of other wrestlers and also threatened to suffer dire consequences.

At the same time, police has found a video clip from the mobile phone of Prince Dalal, the accused arrested in this case. It is being told that in this Sushil is seen beating Sagar and his friends with their companions. Police has sent the mobile phone to FSL for investigation. Police has also taken out CDR of Sushil and other accused friends. Where was his location that day. It is also being explored. Footage of all cameras installed in the road from the flat from which Sagar and his friends were kidnapped and brought to Chhatrasal Stadium is also being scrutinized.