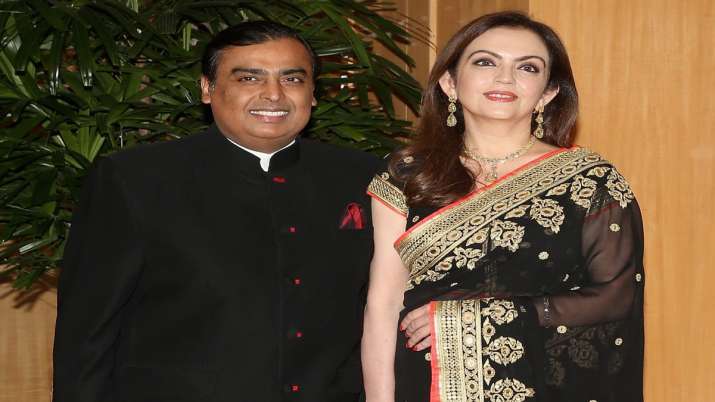 new Delhi. Mukesh and Nita Ambani’s elder sons Akash Ambani and his wife Shloka Ambani have announced the birth of the son. Shloka and Akash Ambani have become parents on Thursday. Shloka has given birth to a son in Mumbai. Nita and Mukesh Ambani have expressed happiness at becoming grandparents for the first time. Both mother and child are reported to be healthy.

The Ambani family spokesperson said that the Ambani and Mehta families were very happy to welcome Dhirubhai and Kokilaben Ambani’s first great-grandchildren into the family. Shloka is the daughter of diamond businessman Arun Russell Mehta. Akash and Shloka were married in 2019.

Akash and Shloka are childhood friends and both studied together in Dhirubhai Ambani School. Shloka studied anthropology from Princeton University and received her master’s degree in 2014 from the London School of Economics.

Mukesh Ambani (63) and his wife Neeta have three children. The twins Akash and Isha are both 29 years old and Anant is 25 years old. Isha is also married to Anand Piramal. The Ambani family returned to Mumbai just before Diwali last month after spending a lot of time abroad.

The statement said that Nita and Mukesh Ambani are happy to be grandparents for the first time. According to the statement, the arrival of the new baby has brought great happiness to the Mehta and Ambani families and both mother and son are healthy.

Akash and Shloka have been school friends. Both were schooled at Dhirubhai Ambani International School. Shloka completes a master’s degree in law from the London School of Economics and Political Science. Apart from being a BusinessLady, Shloka is also a social worker. Shloka started an NGO called Connect for 2015, which provides education, food and homes to the needy.