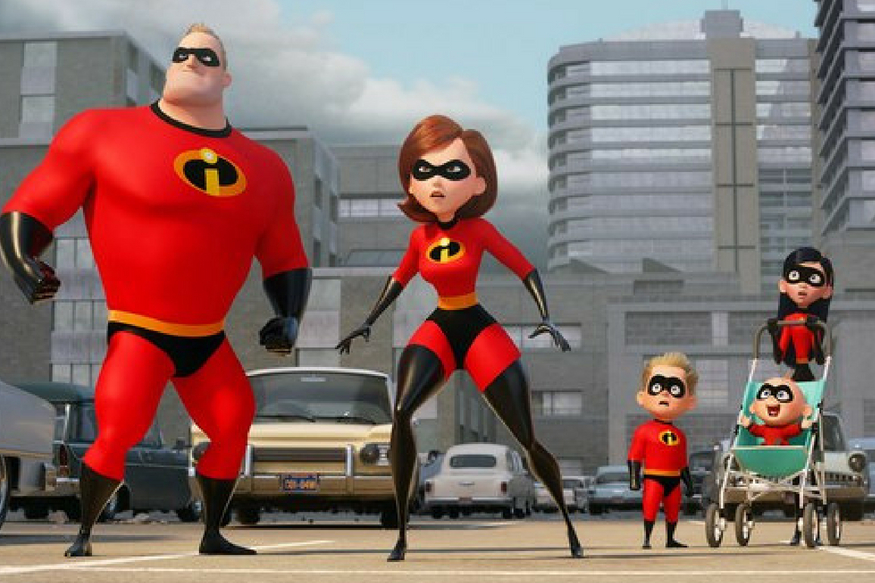 Movie Review: The Incredibles 2 is the best film after 14 years

In the year 2004, when The Incredibles was released in India, Shah Rukh Khan did Hindi dubbing in this film. This film was appreciated worldwide and this superhero animation film was also liked in India. The story of the film is a retiring one Superheroes It revolves around the family. Superheroes have no work now, in such a way, superheroes are spending the lives of ordinary people.

But the superheroes return again after the entry of a superwheel and the Incredibles family again gets a chance to become superheroes. After 14 years, the story of the second part of this film starts from the end of the previous film.

In this story of director Brad Bird, the Parr family is once again at the center. The director has not dragged the story of the film long and action starts in the story within the first 10 minutes.

The story begins with the last scene of the previous film and after this there is fun inside this sequel and this time the heroine, rather than the hero, is given importance in the film. This story is a bit complex but the nostalgia of the previous film does not let you get bored.

The animation of the film is amazing and the designing of the film is much better than before. Obviously the animation has advanced over time and this film also looks better than before. In the film, you will see animated characters almost as real. Pixar has done a lot of work on the design of the characters in this film and he appears on the screen.

The pace of the film is good, although the story seems to be weak at some places. In the film, Michael Giacchino’s music kills and connects you with the sequence of the film. Although the film took 14 years to come, but after 14 years, the film has become worth watching. This is a wonderful film for the family and you must go to see it once.

Yes, this film is not as good as the first film but you will not be disappointed with this film. If no Hindi film has come with this film, then this week, these superheroes are going to get a chance at the box office.