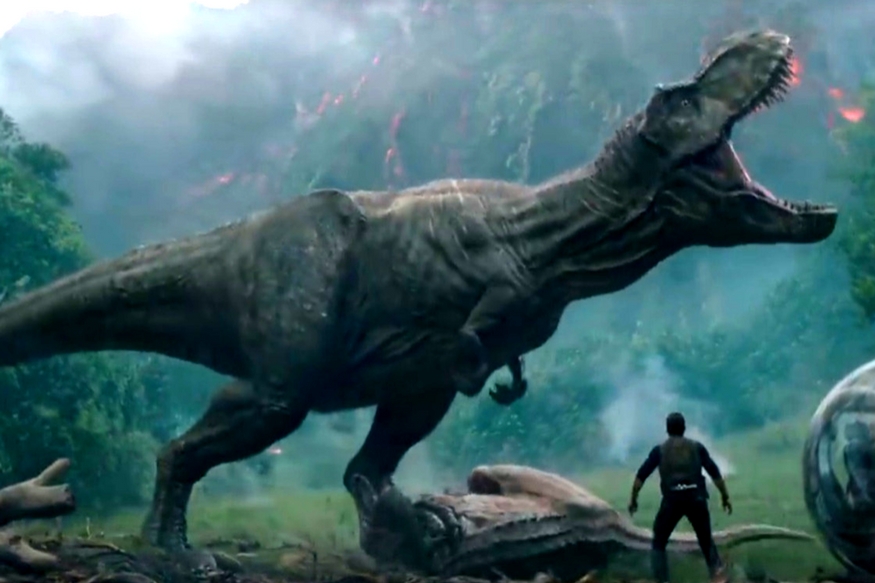 MOVIE REVIEW: The fourth installment of Jurassic World will not disappoint you

The fourth installment of Jurassic films is receiving praise

This is the fourth installment of Jurassic films started in 1993 and even though the story is similar to previous films, according to critics Jurassic Park: Fallen Kingdom is the best Jurassic film

Film critic – Vivek Shah with Jurassic World, Dinosaur is back on screen once again. Jurassic Park, which was started in the year 1993 in the name of Jurassic World, was shown to reopen in the year 2015. The film, named Jurassic World, revives the story of previous films, and ‘Jurassic World’, released in 2015, went on record. Now the second half of the film has been released, and Owen and Claire are considering going to the island again to save the dinosaurs left behind on the island in the previous film. Because, a volcano is about to erupt on this island and humans must do something to save these creatures from becoming extinct again. This new film will work on this line. The film’s director Jay A. Beona and script writers Derek Connolly and Colin Trevorro have done a lot of work to make this story come true. You do not know how the adventure started from the island in the film reaches the middle of the city and when a dyno film turns into a horror. The story of the film begins with the end of the previous film. There is a volcano on Dino Island and the government is not ready to bring these creatures from there. The world is confused between saving these animals or letting them die. A rich man sponsors this mission, but there is a trick behind it, a scary trick that you find by going to the cinema hall.See different dinosaurs in pictures Well the same story was also in Jurassic Park’s second installment ‘The Lost World’ but the first part of this film is full of magic of VFX and has the ability to take you to a different world. A ravaged park, open-circled dyno, volcano will force you to jump into the seat. The director wins in this film when you feel connected to these creatures made of graphics and many people see tears in the hall when a beloved dyno dies. The thrill of this film really surprises you and you will want to watch it again after watching the film for the first time because at first glance you will not be able to understand where the dyno came from. The performance of the film is excellent but the real hero of the film is the visual team and cinematographer Oscar Fora. However, the story of this film reminds you of the previous film again and again, a fan may have trouble with the fact that the film is a copy in the form of a story. The dialogues of the film are also weak but the return of Doctor Ian seen in the first film is strong. But after all this film should not be missed. This is the best visual of all Jurassic Park films so far. A sequel of this film is being prepared, so it becomes even more important to watch this film. If you watch this film with the whole family, you will not be disappointed. (The original article of this review is available here in English)