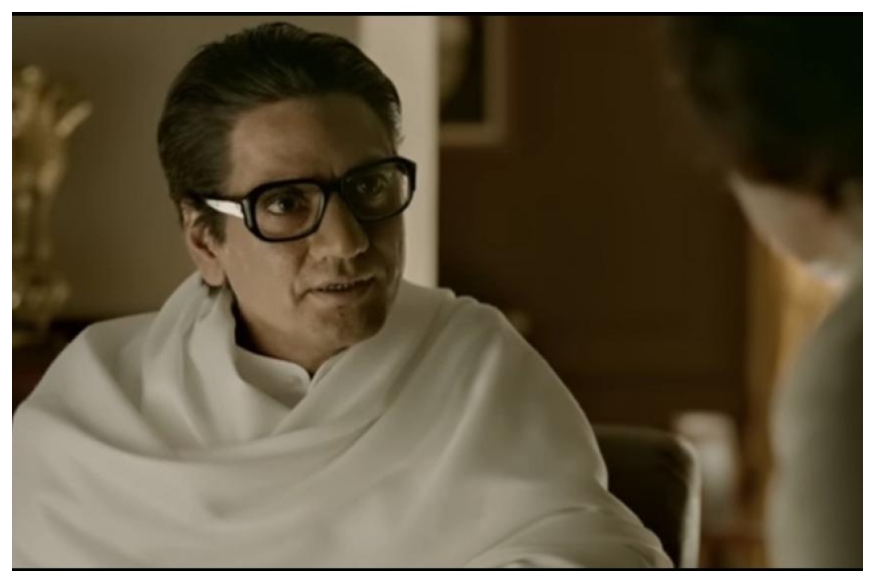 Movie Review: ‘Thackeray’ film for those who love ‘Bala Saheb’

Jay May 8, 2021
Bal Thackeray was a stalwart of the politics of Maharashtra, at whose behest, the whole of Maharashtra used to fall on his knees. Bal Thackeray’s Tutti, who formed the Shiv Sena, the political party of Maharashtra, used to speak in every party. Whenever a big leader of every party came to Mumbai, it was mandatory for him to attend Bal Thackeray’s Matoshree. Now-a-days biopic is in fashion and in the last few years it has become a show in Bollywood. The problem is that only a few of them have been able to do justice to their subject. Thackeray has also joined the group of films with which justice has not been done. Looking at the direction of director Abhijeet Panse, it seems that he is overwhelmed by Thackeray’s imagery. In short words, due to the personality of Bal Thackeray, there was less respect and more fear. But if you are keen to see Thackeray’s biography on the screen, then it is certain that you are disappointed. He has been mercilessly lynched on Bal Thackeray’s life. It would be better to call Thackeray a propaganda film.
Thackeray is a tribute filmThe Thackeray film is a tribute entirely devoted to Bal Thackeray. Thackeray’s story is about the Shiv Sena supremo Bala Saheb Thackeray when he was born in the politics of Maharashtra in the 60s and 70s. In the film, he is shown against the South Indian and Muslim community. The film also shows his role in his 1993 Mumbai blasts and talks about a long legal battle. In this film, it has been tried to tell that there can be no other like Thackeray. An attempt has been made to justify every action of Bal Thackeray in the film, which seems very strange to watch. The film begins in the 90s when Thackeray’s hand in the Mumbai riots and the demolition of the Babri Masjid are summoned to court. The film then goes into a flashback and talks about Thackeray’s journey to become a stalwart leader. Thackeray started his career as a cartoonist and after some time he started interfering in the politics of Maharashtra. All these are shown through small incidents in the film. Abhijeet Panse has made a propaganda film for Shiv Sena. There is no doubt that director Abhijeet Panse’s hard work is clearly visible in the film, but the biggest drawback of his direction is that he has failed to reach the audience as to why Bal Thackeray took such a journey Chose. Why? You will not get the answer in this film. Abhijeet Panse has tried to find Bal Thackeray’s personality only from outside. The film ends during the time when a joint government of the Army and BJP was formed in 1995, the formation of MNS has been very lovingly removed from the film. Nawazuddin’s acting is inconsequential in the film Nawazuddin’s hard work is visible in every frame of the film, but despite a lot of effort, Thackeray’s charisma is not able to translate Nawazuddin on screen. The edge of Nawazuddin’s acting has come out in a few scenes of the film itself. In the graph of Thackeray’s character, he is an incident. Amrita Rao plays Meena Tai in the same situation. It was already certain that there would not be much to do in the film for Amrita Rao and this is also proved after watching the film. This film is purely for those who love leader Thackeray and not for those who want to know the untouched aspects of their life. After all, there is also a limit to tampering with the facts. More lip granddaughter is not a good thing. But in the election year, everything is forgiven. One click and news will come to you by itself, Subscribe News18 Hindi WhatsAppUpdates