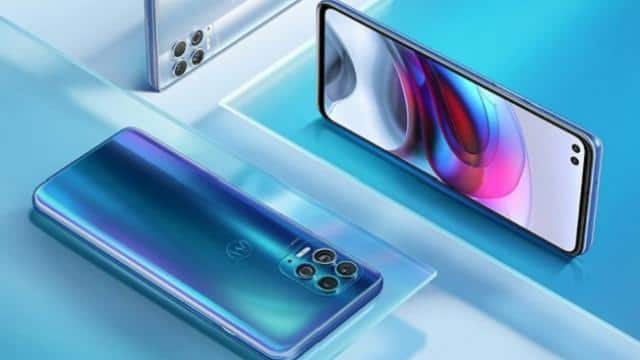 Moto G100 can be launched on this date, there will be some specifications

Motorola’s new smartphone may be launched soon. This smartphone will be Moto G100. Motorola’s phone can be launched globally on March 25. A new leak suggests that Motorola is set to hold a launch event on March 25 and the Moto G100 can be introduced in the same. This smartphone has been spotted in the renders a day before. Earlier, Motorola had teased that it is bringing a new phone with Qualcomm Snapdragon 870 processor.

Motorola Edge S rebadged version may be new phone
The Moto G100 smartphone may be a rebadged version of the Motorola Edge S. The Edge S smartphone arrived in China in January this year. Niels Ahnsmaier of Techniknews tweeted the Save The Date poster of the March 25 Motorola event. Moto G100 can come in this event only. However, Motorola has not yet said anything official about this.

The phone can come with dual selfie camera setup
Motorola has already released a teaser, which gives a glimpse of the upcoming new phone. The teaser confirms that the upcoming phone will be powered by a Qualcomm Snapdragon 870 processor and will have a side-mounted fingerprint sensor. Apart from this, the phone can have USB Type-C port, 3.5mm audio jack and a speaker grille in the bottom edge. The phone shown in the teaser is very similar to the Motorola Edge S launched in China in January this year. Some reports have also revealed that in the global market, it can be launched as Motorola G100. Motorola’s new phone may have dual selfie camera setup and quad camera setup in the back.

Also read- 8 months validity can be increased from Rs 300, but data will be less