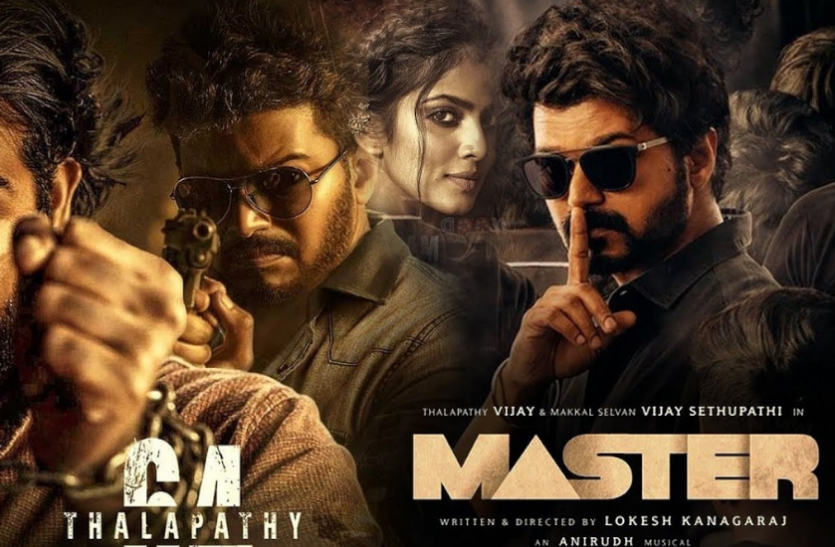 Have you seen a professor who is always intoxicated? Whom students pick up from the couch and bring to college. Who roams on the road like a tapori. The one who teaches less, does more action. Like Rajinikanth, who takes a step on ‘living in style’. Sleeping out of the legs with an auto rickshaw standing on the road. If not seen, then watch ‘Master Movie’. In this, Vijay, following the footsteps of Rajinikanth, has played a similar ‘all-encompassing’ character. This Tamil film has also been dubbed in Hindi and released in theaters. Those who believe in charging money by playing whistles and applause in theaters, this film in the south is giving them a lot of opportunity to experience this talent.

Lokesh Kanagraj’s third action thriller
In masala films, everything is ‘larger than life’. In Tamil films, ‘Largest gives life’. There heroes are like multi purpose missiles. Can kill miscreants from ground to ground. Can kill in the air from the ground. Can also kill air to air. Hindi films like ‘Singham’, ‘Dabangg’, ‘Rowdy Rathod’ learned such action from Tamil films. After the action thriller ‘Managaram’ and ‘Kathy’, director Lokesh Kanagraj has also kept his third film ‘Master’ full of action. The dust that he has shown in the six-seven minute Kabaddi scene can be a new experience for the people of North India. It is possible to see such violent kabaddi in a Hindi film too.

The story of Professor aka ‘Master’
Generally professors are upset with college students and management. In ‘Master’ these two are upset with the drunken professor (Vijay). When the water begins to pass through the head, the professor is tasked to teach the boys of a juvenile home. The boys there have been pushed into the world of crime by a miscreant named Bhavani (Vijay Sethupathi). The same battle of good and evil that has been repeated in so many films.

Two victories, both enter
Vijay Sethupathi also holds star status in the south. His entry in ‘Master’ also plays whistles and applause and also on Hero Vijay’s entry. That is, the case is similar to the Hindi films of the seventies, in which Amitabh Bachchan and Vinod Khanna were together. ‘Master’ heroine Malvika Mohanan had nothing to do. In the story of a hero-villain, the heroine can do more than the decoration of the curtain. Technically, the film does not have any flaws. The photography is good and background music is also event friendly.

Also read: Priyanka Chopra talks about becoming a mother for the first time, told how many children she wants

Slow down after interval
The agility in ‘Master’ before Interval could not remain intact till later. The film is too long. Tightening in the script was necessary to handle this length, which was not done. Juvenile Home boys do not embrace giving the lecture of victory against drugs and drugs to expel them from the world of crime. Vijay Sethupathi is shown to be so powerful that, like Sunny Deol of ‘Damini’, the man does not get up after he gets a punch, ‘gets up’. Vijay tunes the same setupi as Rui in Vijay climax. When the director is being kind to the hero, the goodness of the villain remains in it that he keeps his strength in the pocket and keeps quiet.