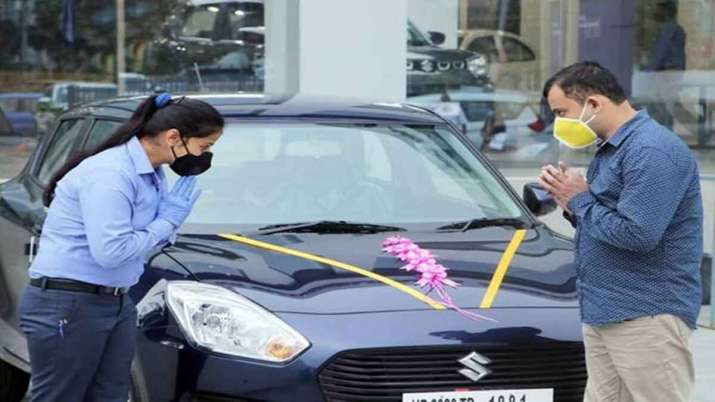 Maruti cars were discontinued after the arrival of BS-6, now they will start again

New Delhi. The country’s largest carmaker Maruti Suzuki India (MSI) may enter the diesel segment again next year. Giving this information to the industry sources said that the diesel segment is receiving very good demand from customers. Especially the SUV and multi-purpose vehicle segment (MPV) segment are in good demand, due to which Maruti is planning to enter the diesel vehicle segment again. Diesel models were discontinued by the automobile major after the stringent Bharat Stage-Six (BS-6) emission standard came into force from April this year.

Sources said that Maruti has started updating its Manesar powertrain plant so that it can start rolling out BS-6 diesel engines from the middle of next year or festive season. Sources confirmed that the company could make its debut in the domestic market using the BS-6 compatible diesel powertrain in the Ertiga and Vitara Brezza models. However, Maruti has not given any specific reason for re-entering the diesel segment. When contacted, a Maruti spokesperson said, “We cannot give any indication about future technologies.”

Sources said that the company is preparing to upgrade the existing set-up of its Manesar plant. The company had earlier launched the 1,500-cc BS-6 diesel standard diesel engine developed at the same plant. The company used this powertrain for some time in its mid-size sedans Ciaz and Ertiga. Later it closed the diesel segment. At that time, other models of the company such as the Vitara Brezza, Dzire, Swift, S-Cross and Baleno had Fiat’s 1,300 cc engine.

Currently, the entire BS-6 model model of the company has a liter, 1.2 liter and 1.5 liter petrol engine. The company also sells CNG versions of some models. Maruti chairman RC Bhargava announced on April 26, 2019 that the company would remove diesel cars from its portfolio from April 1, 2020.