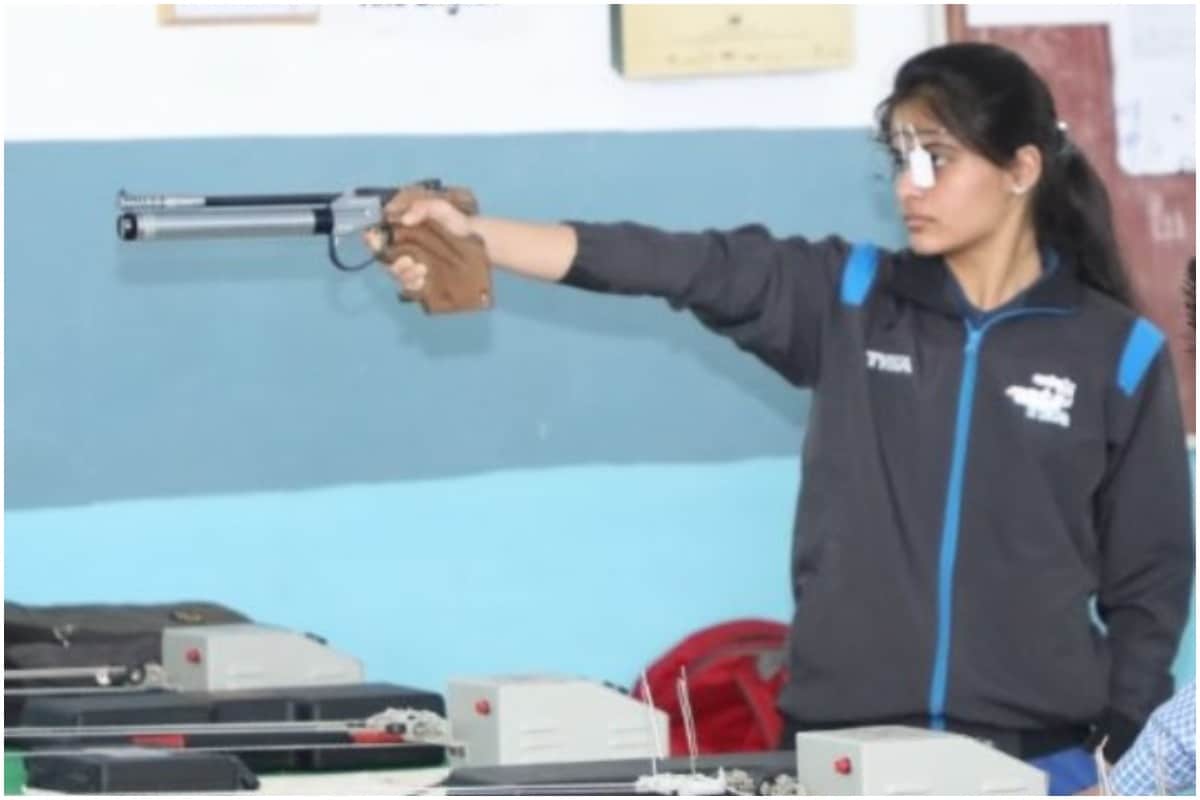 Manu Bhaker will give BA exam along with European Championship, medal contenders in Olympics

Manu Bhaker, who is a strong contender for a medal at the Tokyo Olympics shooting event, is in Croatia’s capital Zagreb to take part in the European Championships these days. She will also take part in the championship as well as give her graduation exams.

New Delhi. Manu Bhaker, a strong contender for medal at the Tokyo Olympics, is in Croatia’s capital Zagreb to take part in the European Championship these days. Here she will take part in the championship as well as give her graduation exams. Bhaker, who is pursuing graduation in Political Science from Lady Shri Ram Women’s College, Delhi University, will start the fourth semester examinations from May 18. While the European Championship will start from May 20. India is participating as an invited team in this competition. For Bhaker, however, it is a relief that his exam and championship dates are not colliding. Bhaker, 19, has taken books with shooting kit. After writing her reply, she will send it online with the help of a mobile scanner. Bhaker said in a conversation with news agency PTI-language that I will be able to reconcile with both of them. I have also participated in both the shooting championship and the exam together before. The good thing is that on the day of my event in the championship, there are no exams on that day. There will be no problem in this. Although Bhakar considers education very important, but due to Tokyo Olympics, shooting competition is his priority at the moment. My focus is on Tokyo Olympics: Manu BhakerThis shooter said that this is the year of Olympics and I am focused on making my country proud by doing my best. Ramakrishna Bhakar, the father of this player who has won gold medals in Youth Olympics, ISSF World Cup and Commonwealth Games, said that he is very serious about his studies. But if there is a conflict between her competition and the exam, she chooses the game. Bhaker will participate in the women’s 25m pistol, 10m air pistol individual and mixed team events from July 23 at the Tokyo Olympics.