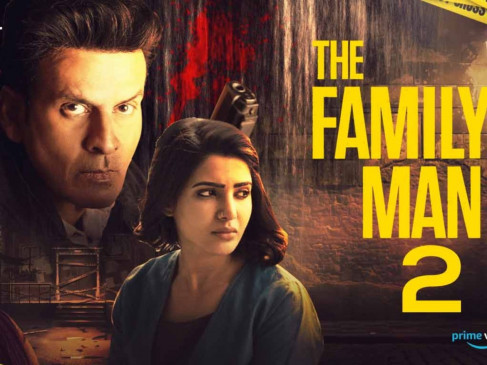 Digital Desk, Mumbai. The trailer of Bollywood actor Manoj Bajpayee’s most awaited web series “The Family Man 2” has been launched, with South Indian actress Samantha Akkineni making her debut with the series. The trailer of the series was well received by the audience, but its protests in Tamil continue unabated. Actually, there are protests from Tamil Nadu over the series. People believe that in this series, actress Samantha Akkineni has been shown to be an extremist and she has reservations about Pakistan’s association with the terrorist organization.

Now Manoj Bajpayee has broken his silence about this matter and he issued a statement on a social media saying that, people are being speculated by seeing just a few shots in the trailer. We highly respect the Tamil people, their feelings and culture.

What did Manoj Bajpayee say

Manoj Bajpayee has shared a post on his official Instagram account and wrote that, people are being speculated by seeing just a few shots in the trailer. Many of the members of our cast and writing team are Tamil. We highly respect the Tamil people, their feelings and culture. We have respect and respect for them. We have worked very hard for this show. Troubled to bring it among the audience. Manoj further writes that, ‘Just like it was in the first season, we request everyone to wait and watch the show when it is released. We know you will appreciate it once you see the show. ‘

Manoj Bajpayee, while interacting with Bollywood Hungama, said, ‘The main leaders in our team who are leading the show, especially on season 2, are mostly Tamil. Who would think better to protect the interests of Tamils ​​than them? ‘ ‘I don’t think there can be anyone better than them. They are the ones who are leading this show, they have made this show and they have made every effort for this show to show respect for Tamil culture and civilization. ‘ Manoj Bajpayee further says, ‘You will feel very proud on this show. This is the only series that believes in diversity. ‘Please watch this show and you will feel very sorry for it.’

Please tell that, Vaiko, the Rajya Sabha MP from Tamil Nadu, demanded a ban on this web series. Vaiko also wrote a letter to Information and Broadcasting Minister Prakash Javadekar to ban The Family Man 2. At the same time, trade analyst Ramesh Bala has posted this letter on his social media account. Raj and DK’s webseries Family Man 2 is scheduled to be released on June 4 on Amazon Prime. But after the letter of the state government and the MP, its release seems to be in trouble. However, it has become clear from Manoj Bajpayee’s social media post that, this series will be released on the scheduled date.