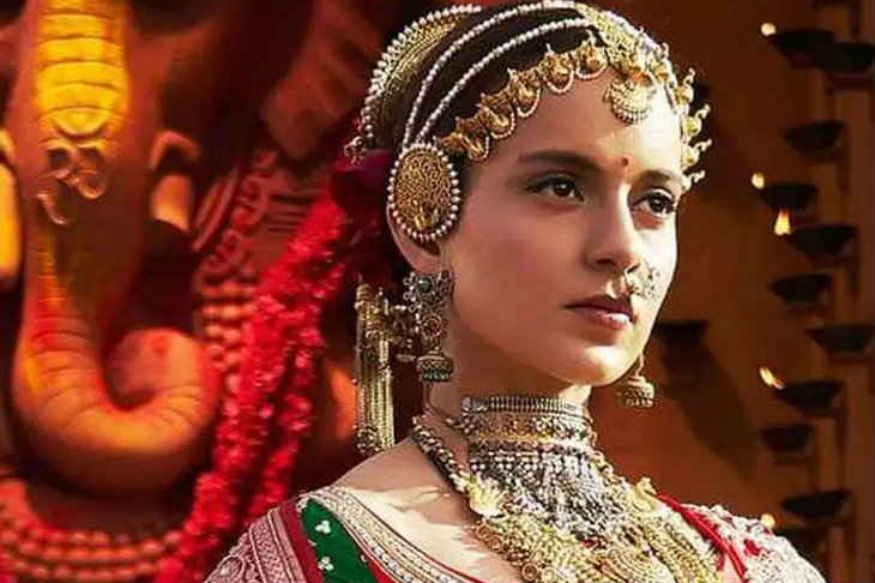 Manikarnika Movie Review: The film shows the Scindia family in a controversial way

Before the release of this film, Karni Sena was protesting about this film because they alleged that the image of Rani Laxmibai was not presented properly in this film. But in the film, the role of the Queen is shown in a dignified way.

If you compare ‘Manikarnika’ with a film made on Raja-Maharajas in India, then this film can be said to be the best filmed film ever. From the very first scene, you will start praising the cinematography and background score of the film. There were reports of differences between the directors of this film Kangana Ranaut and Krish before the film and many times the film has seen the impression of two different directors. The film weakens in many places but also looks beautiful on screen. The grand set reminds of ‘Bahubali’, the Maratha Empire reminds of ‘Bajirao Mastani’, the army fighting the fort reminds me of ‘Padmavat’ and then the way in which Kangana Ranaut single-handedly kills the Hollywood film 300 Reminds me of Overall, this film is like a mixer in which you will see everything. Lagaan is remembered as soon as Amitabh gets a voice-over in the film. Then recently after the Indian robbers fighting the British in ‘Thugs of India’, the Indian soldiers fighting with the British here also make you feel ‘déjà vu’. But this film is much better than the thugs.
story:The story of the film is the story of Rani Laxmi Bai. The film is a tribute to Manikarnika from the time she was born, to the story of her contribution to re-awakening the Maratha Empire till her arrival in Jhansi. At the time of the birth of Manikarnika (Kangana Ranaut), it is predicted that she will get her name recorded in history. Manu, who grew up with Tatya Tope (Atul Kulkarni) under the protection of Peshwa Bajirao II (Suresh Oberoi), is married to Gangadhar Rao (Jishu Sengupta) of Jhansi while waiting for an immediate heir to save his kingdom from the British. He has a son, but is killed under a conspiracy, before he adopts a child, the king also dies. In such a situation, Laxmibai takes the responsibility of the state on her shoulders and begins the war with the British rule. acting: It is completely Kangana Ranaut’s film in terms of acting. In this film, apart from Kangana, the work of influencing Lakshmi Bai’s Sipahsalar and Topchi Gauss Khan only Danny is able to do. After Bioscope, he loves to see it on screen, if he did Amitabh’s free character in ‘Thugs of Hindostan’, it would have been more fun. Seeing them, God remembers God. Apart from Danny, Richard Keepp leaves some influence in the role of British General Hugh Rose, or else Kulbhushan Kharbanda, Zeeshan Ayub, Ankita Lokhande go ahead of Kangana in the film and they are buried, Kangana is the life of this film. Before the interval, you will find out the errors inside them, but after the interval, like she eats something. There are two-three scenes in which Kangana is focused and she has to either walk towards the camera or pose in front of the camera and she does it in the best way. It seems that she has gone into the character. Also read: Karni Sena will be silent after seeing Manikarnika: Ankita Lokhande Filming: If there was no talk of filming this film, then it would be excessive with this film. Recently, if there is any hard work on filming a film after Bahubali, then it is Manikarnika. Everything from set to camera angle is better and you will get the best action shown in a period drama in this film. You may feel irritated throughout the film, but once the action starts, you will not be able to remove your eyes from the screen. Controversy: Before the release of this film, Karni Sena was protesting about this film because they alleged that the image of Rani Laxmibai was not presented properly in this film. But the character of Maharani was not shown wrong in the film. Even if one scene of dancing in the colony is omitted, then the character of Laxmibai is depicted beautifully and gracefully and there is no scene in the film like showing love affair with English officer. If there is any dispute, it can only happen to the Scindia family, whose royal family is shown to be a coward in this film. Manikarnika is a long film that could have been shortened and if a few more big names (actors) had been in this film, the film could have truly become the best period film in India, but Kangana should be the hit that she is looking for. Could be, 3 stars! Also read: ‘Manikarnika’ will not be banned, will be released only on January 25: High Court One click and news will come to you by yourself, subscribe to News18 Hindi WhatsApp updates.