New Delhi. Bollywood actress Malaika Arora makes a lot of headlines in the industry for her toned body and fitness. At the same time, she continues to be in discussions about her boyfriend and actor Arjun Kapoor. After divorce with husband Arbaaz Khan, Malaika publicized her relationship. Since then, the couple is often seen together. Recently Malaika Arjun was spotted visiting Kareena Kapoor’s house. After which pictures of both of them are becoming increasingly viral on social media.

Also read- When Divya Bharti died, the curtain of the theater itself fell on her arrival, the sweat of the people was left

On the previous day, many members of Bollywood actress Kareena Kapoor Khan reached her house to meet her second child. Meanwhile Malaika and Arjun were also spotted outside their house. During this time Malaika appeared in Army print jacket and jeans. At the same time, Arjun was supported in check red shirt and black jeans. Apart from these two, Karisma Kapoor also reached her house to meet her sister and baby boy. 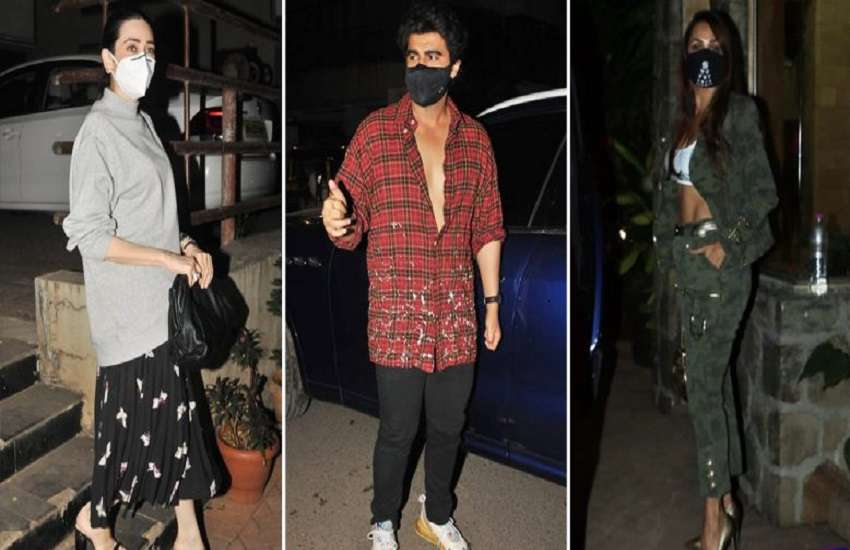 Let me tell you that on Sunday, February 21, Kareena gave birth to her second son in Mumbai’s Breach Candy Hospital. After delivery, Timur Ali Khan arrived at the hospital to pick up mother Kareena and younger brother along with his father Saif Ali Khan. This time Saif-Kareena has appealed to the media to give privacy to her and her child. Let us tell you that after becoming a mother, Kareena shared the poster of her husband Saif’s upcoming ‘Bhoot Police’. So, girlfriend Malaika also promoted Arjun Kapoor’s film in his own style.