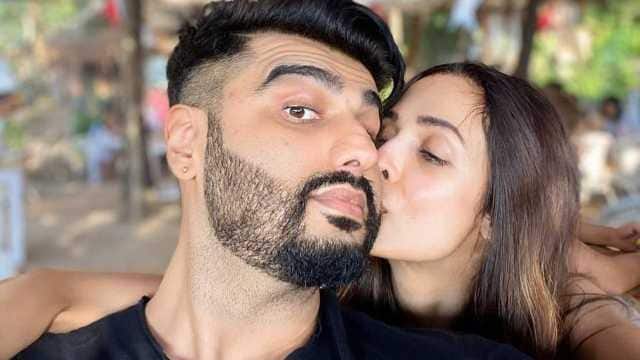 These days there are discussions about many big Bollywood films, if a film is going on shooting, then someone is ready for release. Meanwhile, Arjun Kapoor’s new film ‘Sardar Ka Grandson’ has made tremendous headlines. The film has been released on Netflix, which Arjun has high hopes for. Arjun’s fans were quite excited for this film, which was starring stars like Nina Gupta, Kanwaljit Singh, Rakulpreet Singh, John Abraham. At the same time, this film has also been seen by Arjana’s girlfriend i.e. Malaika Arora, she has also made a special appeal to the fans by sharing the photo.

Malaika Arora shared the picture while watching Arjun Kapoor’s film on Netflix in the story on her Instagram account. In which he is seen on TV. The photo shows the clip of the film, in which Arjun Kapoor is seen. Sharing this picture, Malaika has appealed to the fans to see it. He has put a ‘watch’ sticker in the story. Watch the Instagram story shared by Malaika here

Apart from Malaika, her sisters Jahnavi Kapoor and Khushi Kapoor have also posted in Instagram Story about Arjun Kapoor’s film. Khushi and Boney Kapoor are also seen in Jahnavi’s post and behind these three, Arjun’s film ‘Sardar Ka Grandson’ is seen moving in TV. Jahnavi wrote on this picture- ‘This is the only family that is as crazy as us’.