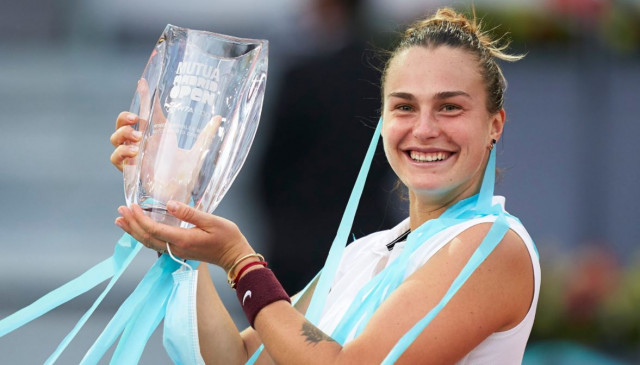 Digital Desk, Madrid. Belarus’ Aryna Sabalenka has won the Madrid Open title by defeating Ashleyigh Barty of Australia, the world’s number-1 women’s tennis player. According to the DPA report, Barty had beaten Sabalenka, returning after losing a set in Stuttgart two weeks earlier, and it seemed that she would continue the same rhythm here.

But Sabalenka defeated Barty 6–0, 3–6, 6–4 in a tight final played here on Saturday night to win the 10th title of her career. Barty had not lost a single match on red gravel for two years before this.

Barty had not lost a single match at Red Clay since winning the French Open title in 2019. It was his first French Open title. This time though Barty had no answer to Sabalenka’s power game. Sablenka would move up to fourth in the WTA rankings to be released on Monday, the highest point of his career so far.