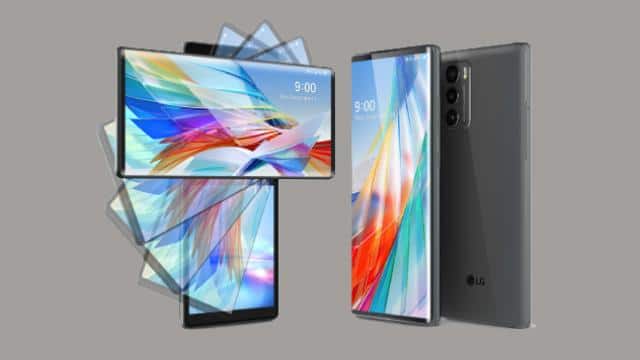 South Korea’s famous company LG (LG) has reduced the price of its unique display smartphone by 10 thousand rupees. This phone was launched by the company in October last year. This is the company’s first smartphone that comes with a rotating display (lg rotating phone). Apart from this, features such as 64 megapixel primary camera, pop-up selfie camera and 5G connectivity have been provided in the phone.

What is the new price
This smartphone comes in the same variant, with 8 GB RAM and 128 GB internal storage. The phone was priced at Rs 69,990 at the time of launching. However, now the company has reduced the price by Rs 10,000, after which the phone can be purchased for Rs 59,990. The new price of the phone has been updated on the online shopping website Amazon India and the company’s website Lg.in.

The screen rotates 90 degrees
Please tell that two displays have been given in the phone. One of these displays is rotated 90 degrees, so that two screens can be used simultaneously in the phone. The top display is 6.8-inch and 1080×2440 pixel resolution, while the 3.9-inch secondary display comes with 1080×1240 pixel resolution. It has a Qualcomm Snapdragon 765G processor, 8 GB RAM and 128 GB storage.

Also read: Punch-hole display will be found in iPhone SE 3, there will not be a home button, pictures surfaced

For photography, it has a triple rear camera setup. It has a 64-megapixel primary sensor, 13-megapixel ultra wide lens and a 12-megapixel third sensor. Gimbal mode is also given in the camera. There is a 32 megapixel pop-up selfie camera for selfie. The phone has a 4000mAh battery, which supports Quick Charge 4.0.