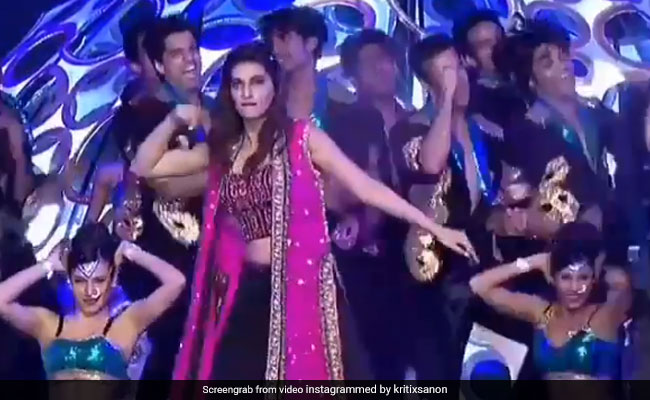 Kriti Sanon performed a tremendous dance on ‘Goria Re Choria Re’ Song, a viral video

Kriti Sanon has established herself in Bollywood in a very short time. In one way, her acting is fantastic, on the other hand the dancing skill of the actress is also very amazing. Dance videos of Kriti Sanon are always seen on social media. A similar situation is being seen about one of his videos. Kriti Sanon is seen in this video doing a banging dance on ‘Goria Re Choria Re’ Song.

This dance video of Kriti Sanon has been shared on Instagram from her fan page. Kriti Sanon’s dance steps and her expressions in the video deserve praise. Even during practice, Kriti Sanon is seen trembling in tremendous style. In the video, Kriti Sanon’s style and style also looks amazing. Fans are seen giving a lot of reaction to this video as usual.

When Neha Kakkar auditioned for Indian Idol in line, judges were not happy with the performance – watch video

Let us know that Kriti Sanon was last seen in films ‘Housefull 4’ and ‘Panipat’. In the actress ‘Housefull 4’ where she was seen playing an important role with Akshay Kumar, in ‘Panipat’ she was seen in the lead role alongside Arjun Kapoor. Apart from this, a photo of the actress recently went viral, in which she was seen with baby bump. This photo of Kriti was shot during the shooting of her upcoming film Mimi. Kriti Sanon’s upcoming film is Bachchan Pandey, in which she will be seen opposite Akshay Kumar in the lead role.