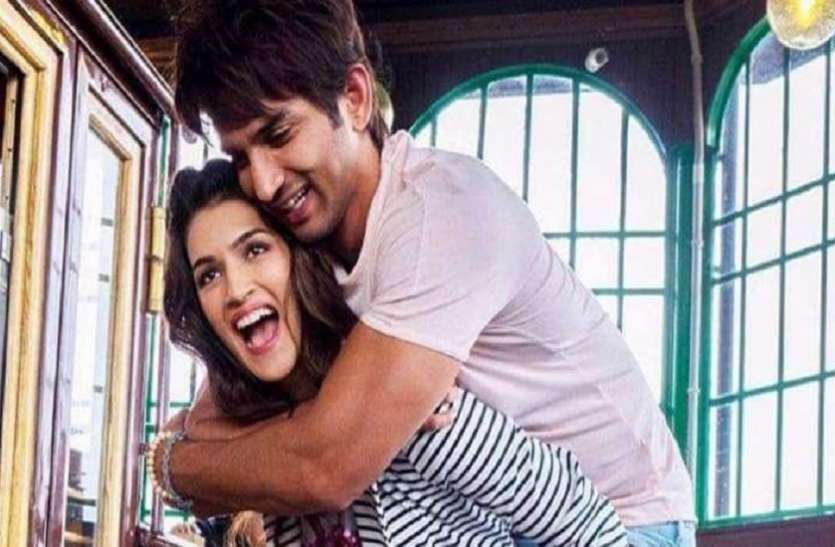 New Delhi: Bollywood actress Kriti Sanon has recently been found to be Corona positive. He is currently in Quarantine. In Quarantine, Kriti is spending time watching her film with Sushant Singh Rajput.

Actually, Kriti has shared a picture from her Instagram Story. In which she is watching a Rabta movie. Sushant Singh Rajput was in the lead role with him in this film.

Kriti shared the picture and wrote, ‘Shiva and Saira after a long time!’ Kriti and Sushant were the characters in the film Shiva and Saira. Rabta came close to each other during the shooting of the film. There was a discussion that the two were in a relationship.

However, after some time the two separated. But when the news of Sushant’s death came, Kriti broke badly. She also attended Sushant’s funeral. After this, Kriti had said through a post that a part of Sushant will always be with him.

Earlier on Wednesday, Kriti had reported her corona positive. He wrote in a post on social media, ‘I want to tell everyone that my corona test has come positive. There is nothing to be worried about. I feel good and am quarantined on the advice of the doctor and BMC. Work will start soon. Till then I will read all your prayers, which will definitely have an impact. All be safe, Corona is not yet gone!

Talking about the work front, Kriti was last seen in films ‘Housefull 4’ and ‘Panipat’. She was accompanied by Akshay Kumar, Riteish Deshmukh, Pooja Hegde, Bobby Deol and Kriti Kharbanda in ‘Housefull 4’. At the same time, she was in the lead role with Arjun Kapoor in Panipat. However, both films could not do much at the box office.