Krishna Shroff did a BOLD photoshoot by opening the button of the pants, seeing the figure, the fans said – killer …

Krishna Shroff, sister of Tiger Shroff, who ruled the hearts of people with his action and his stunts in Bollywood, is also a fitness freak like his brother. In terms of fitness, she gives full competition to her brother in the gym. Along with fitness, Krishna remains in the headlines due to her bold look and photoshoot. Recently, he has shared a glimpse of a bold photoshoot with the fans, after seeing which the fans are unable to stop themselves from commenting.

Krishna Shroff may be away from the film industry, but she always remains in discussion with her photos and videos on social media. He is very active on social media. Krishna, who is sometimes seen in bikini and sometimes in gym look, has recently shared two pictures on Instagram. Her bold look is visible in these pictures.

In an all black look, she wore black cargo pants with a black tube top. Krishna is seen giving sizzling poses in front of the camera by opening the button of the pants. While sharing this photoshoot, he has told in the caption that this is a shoot done for the August cover of a fitness magazine. 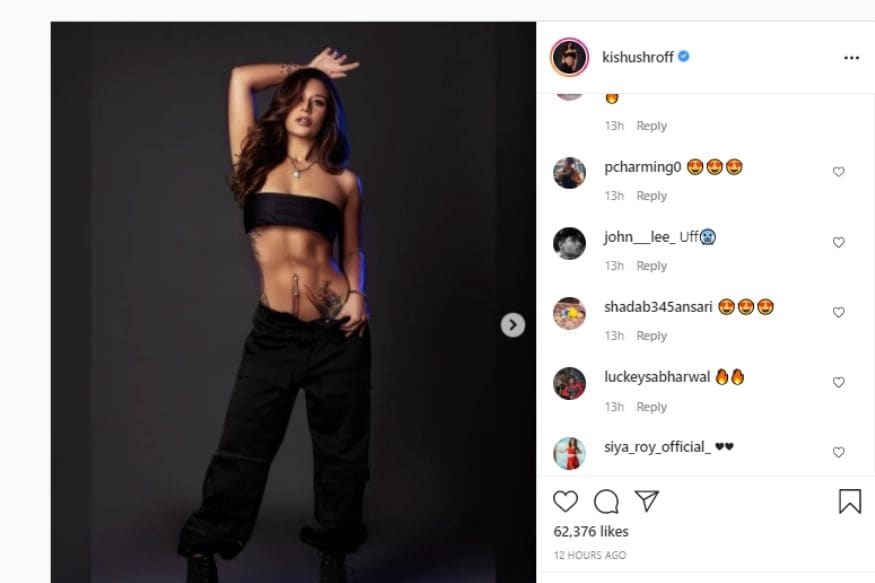 In the first picture, she is posing with her hands on her head and waist. At the same time, in the second picture, she is posing by opening the button of her pants. Fans are going crazy after seeing the bold avatar of Krishna Shroff and are commenting fiercely. After seeing these pictures of daughter Krishna, even her mother could not stop herself. He has commented by making a fire emoji in the comment box. Disha Patni has also shared her feelings by sharing the fire emoji.

Let us tell you that Krishna Shroff is doing photoshoots for different magazine covers these days. She is sharing BTS photos and videos of these photoshoots on her Instagram account.