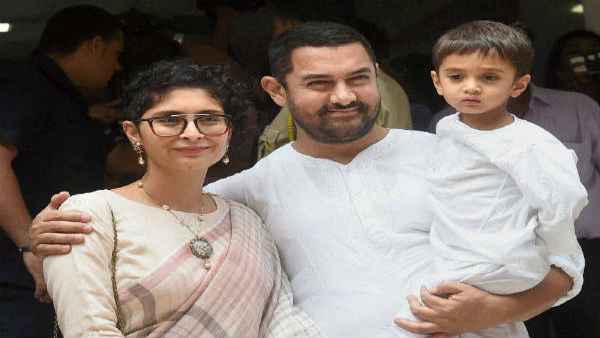 Mumbai: If it comes to Bollywood married couple, then the name of the pair of Aamir Khan and Kiran Rao definitely comes in it. Regarding this couple, it is always said that they are ideal couple but couple have to make many compromises in order to be happy with each other. Aamir and Kiran Rao’s couple is one who had to endure a lot of trouble to keep this mutual harmony. This disclosure is accepted by Kiran Rao, wife of Amir Khan himself.

Aamir and wife Kiran Rao revealed this in front of Karan Johar in Coffee with Karan Season 4. Kiran Rao said that the biggest challenge for him was to fit in Aamir Khan’s life, as he was going through a difficult phase of separation with his first wife Reena Dutta.

Know why Kangana Ranaut wept on the trailer release of Thalaivi, said this

Aamir Khan is afraid of this

During an interview in season 4 of Karan Johar’s popular talk show Koffee with Karan, pairing of Aamir Khan and Kiran Rao, Aamir Khan himself confessed that he is afraid of losing his loved ones in life, Aamir jokingly said that he would spend months with Kiran. I keep asking once if he is still attracted to her and does he ever get the idea to leave them.

Aamir Khan’s daughter Ira told me pain, I was sexually abused at the age of 14

It is difficult to live with a husband like Aamir …

Kiran told that it can be difficult to live with a husband like Aamir. This is because Amir hardly attends film parties and if he goes, he goes and sits there looking for a corner. Kiran told that Aamir Khan does not like loud music. Kiran said that the perception of people about Aamir is that he is serious but it is totally wrong. Aamir is a very happy person, who is completely connected to his family.

Janhvi Kapoor’s demand for KISS by fan, know what the actress gave the answer

Aamir Khan and Kiran Rao are known for super cute bonding. He admitted in the show that there are many such things behind the bonding, which is not everyone’s ability to live up to. Kiran told that Kiran had once said something in anger, after which things changed a lot. Kiran had said that you do not care about me in real. I think I am not there for you. Kiran had even said that you are with us but the mind remains somewhere else. After which a lot changed.

Priyanka Chopra said – My father used to sing in the mosque, the actress was trolled, the users are asking these questions

Karan Johar asked Kiran to tell three secret things about Aamir and he said that he has an eating disorder. Aamir said that either he is on diet or he is eating everything. Kiran also told that “if Aamir wants to save himself from bathing, he will.” Aamir went on to clarify, “I am a very clean person, I don’t need a bath. I believe in water conservation.” Aamir Khan and Kiran Rao tied the knot in December 2005. The two gave birth to their first son Azad Rao Khan in 2011 through surrogacy. Aamir has a daughter Ira and son Junaid from his first marriage with Reena Dutta.

Twinkle Khanna gave these tips for loving life with a single person!