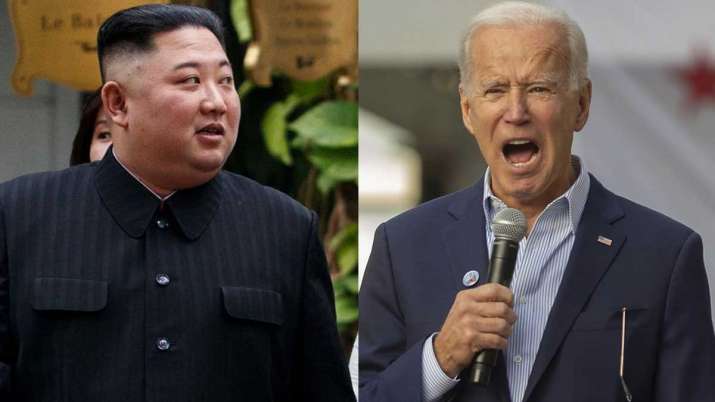 Seoul: North Korea test-fired ballistic missiles for the first time on Thursday after taking over President Joe Biden in the US. North Korea’s move amidst a stalemate in diplomacy with the US that points to pressure on the Biden administration and to resume tests to increase its military capabilities. Japan’s Prime Minister Yoshihida Suga said the test was a threat to ‘peace and security in Japan and the region’ and that Tokyo would maintain close coordination with the US and South Korea on North Korea’s activities.

The Joint Chiefs of Staff of South Korea said the missiles were fired on the east coast of North Korea at about 7.6 am and 7.25 am. The missiles traveled 450 kilometers before falling into the sea. Captain Mike Kafka, a spokesman for the US Indo-Pacific Command, said the US military is aware of the missiles and is monitoring the situation in close consultation with allies. “This activity shows that North Korea’s illegal arms program threatens its neighbors and the international community,” Kafka said.

Waiting for Biden administration’s response
The missiles were fired at a time when US and South Korean officials said a day earlier that North Korea tested short-range missiles this weekend that are believed to be cruise missiles. North Korea has a history of trying the new US administration through missile tests. It is not clear yet how the Biden administration will react before it completes a review of its policy on North Korea in the coming weeks. The tests have been conducted by North Korea amid stalemate in nuclear talks with the US.

Conversation with Trump was a failure
The deadlock arose after North Korean leader Kim Jong Un’s second summit with former US President Donald Trump failed in February 2019. In that negotiation, the US rejected North Korea’s demand to remove major sanctions imposed on it in exchange for partially shutting down its nuclear program. North Korea has so far ignored attempts by the Biden administration to negotiate.

Kim’s sister warned America
Kim’s sister last week threatened the US over joint military exercises with South Korea. He described these exercises as a rehearsal of infiltration and warned Washington that “if it wants to sleep peacefully for the next 4 years, stay away from creating disturbances.” South Korea’s Ministry of Defense said that the short-range missiles tested by North Korea on Sunday were its first missile test since April 2020. Biden did not give it special attention, saying that there is nothing new in it. (language)

Keep yourself up-to-date by reading the latest Hindi news and special stories of India and abroad on India TV. Click here to watch Live TV. Click for Asia News in Hindi Foreign Section