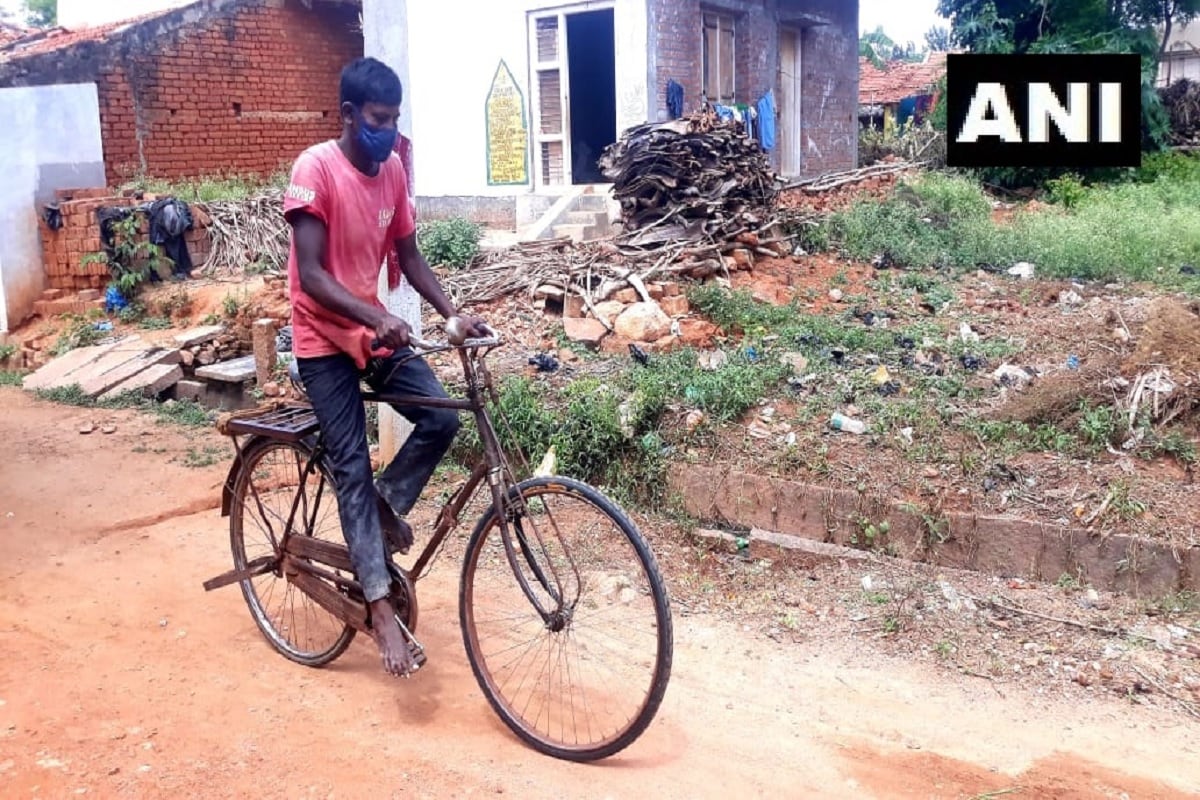 Karnataka: The laborer’s father decided to travel 300 km for the sick son’s medicine, cycling in the scorching sun

Anand reached Bangalore from Mysore by bicycle for his son’s medicine. (ANI / 1 June, 2021)

Karnataka News: To prevent the outbreak of Corona virus in the state, a lockdown has been put up till June 7.

Bangalore. During the lockdown due to Corona virus last year, many such stories related to migrant laborers came in front of us, which made our eyes moist. In fact, the lockdown had brought all the activities in the cities to a standstill and that is why the laborers who came to the cities to earn from the remote villages were forced to migrate to their homes.

You will remember how a girl took her father on a bicycle and traveled 1200 km from Gurugram to Darbhanga in Bihar. Now in the second wave of Corona, a similar incident has come to the fore, where a laborer’s father measured a distance of 300 km from a bicycle for his son’s medicine.

Anand, a 45-year-old man from Koppalu village in Mysore, Karnataka, traveled 300 km by bicycle to reach Bengaluru for his son’s medicine. He said, ‘I asked here for my son’s medicines, but this medicine was not found anywhere. He cannot stop taking medicine even for a day. I went to Bangalore and it took me three days. ‘ Let us tell you that the lockdown is currently in Karnataka till June 7.

Karnataka: A 45-year-old Anand, a resident of Koppalu village in Mysore cycles 300 km to Bengaluru to bring his son’s medicine

“I asked for my son’s medicines here but couldn’t find it. He can’t skip medicines even for a day. I went to Bengaluru & it took me 3 days,” says Anand pic.twitter.com/nnAUBIBqna– ANI (@ANI) June 1, 2021

The son of Anand, a laborer by profession, remains ill and is undergoing treatment at NIMHANS Hospital in Bengaluru. Anand told that the doctors said that his son had to eat a medicine for 18 consecutive years without leaving a single day, only then it is possible that his son would get well and to take this medicine, Anand took the heat from the cycle. Measured a distance of 300 km from a village in Mysore to Bangalore regardless of

Anand had to face many problems during his journey. He told, ‘This journey of 300 km by bicycle was not easy. I had to ride a bicycle in the hot sun. Due to the lockdown in the state, the police stopped me at many places, but then after listening to me let me go. I did not have enough money to eat food. Therefore, the hungry stomach had to be cycled for several km. Regarding the son’s illness, Anand said that he has been struggling with it since he was six months old. He told that his son’s medicine is available free of cost from NIMHANS Hospital in Bangalore and goes there after every two months to take medicine, but this time we could not go due to the implementation of the lockdown.