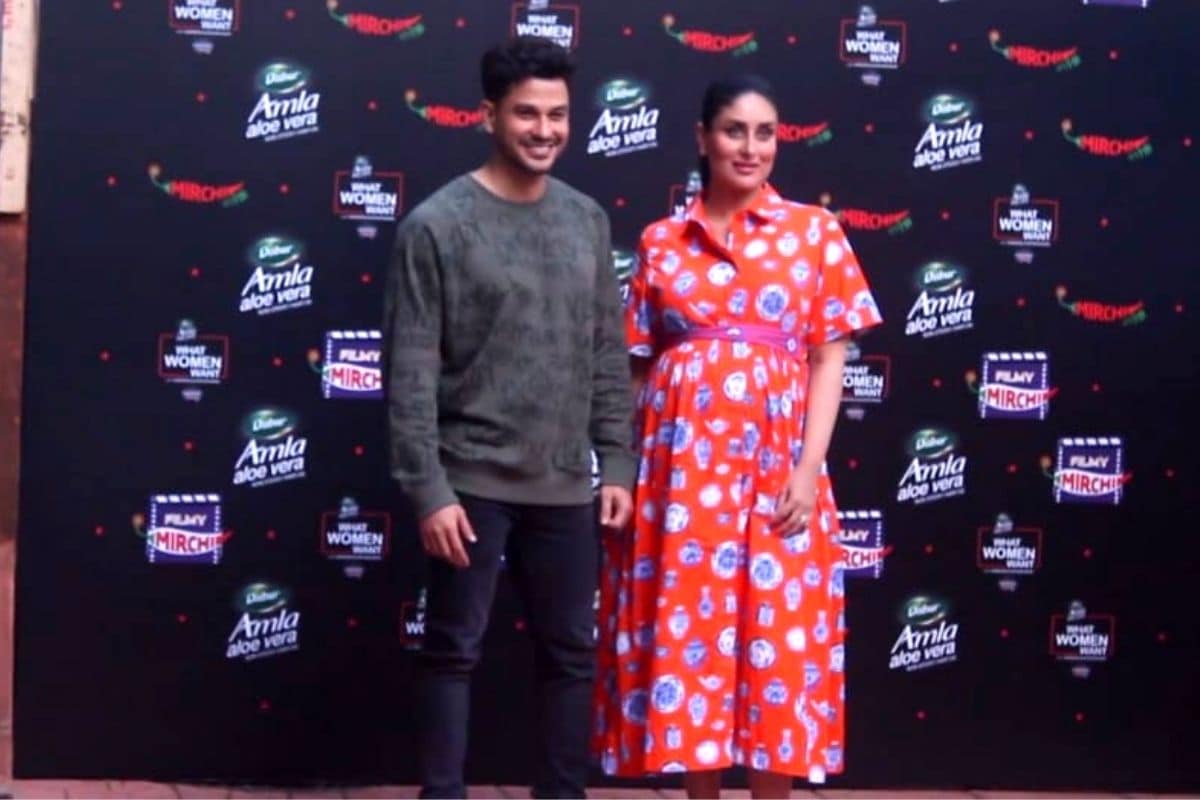 Kareena appeared with her brother in law i.e. Kunal Khemu at an event (Photo: video from movie talkies)

Kareena (Kareena Kapoor Khan) appeared in a very attractive style with Kunal Kemmu. She appeared in a casual tangerine outfit. His look is being discussed a lot. Kareena is known for her unmatched fashion sense. His looks are always discussed.

Actress Kareena Kapoor Khan is very much in the news these days. A few days ago, he posted a picture of him on social media, in which his baby bump was clearly visible. Kareena often posts photos with her husband Saif Ali Khan and sometimes with son Taimur. Today, during an event of Kareena Kapoor, the photo is becoming quite viral.

Kareena appeared in this event with her brother-in-law i.e. Kunal Kemmu. Both were spotted during the recording of Kareena’s radio show. Kareena is doing all the work related to her pregnancy before going to maternity leave.

Kareena was seen in a very attractive style. She appeared in a casual tangerine outfit. His look is being discussed a lot. Kareena is known for her unmatched fashion sense. His looks are always discussed. Fans are also praising this look of her, especially for women during maternity, this look of Karina is like styling goal. Kunal also appeared in a casual look. Talking about the work of both actors, Kareena has recently completed shooting for the film Lal Singh Chadha in which she will be seen alongside Aamir Khan. Along with this, she is also going to be seen in Karan Johar’s film Takht.
It is reported that Kunal will be seen in the next part of ‘Go Goa Gone 2’ and ‘Golmaal’. In the year 2020, Kunal’s film ‘Lootcase’ was released on OTT.