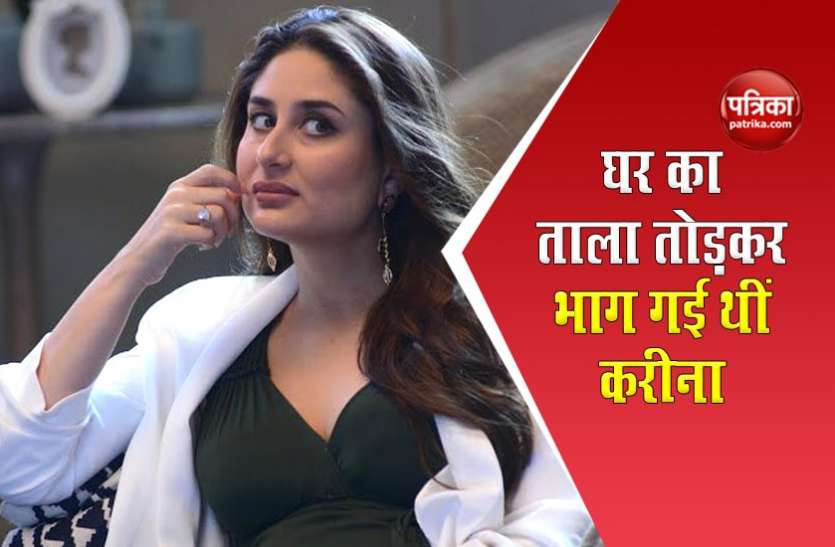 Kareena Kapoor broke the lock of the house to talk to the boyfriend, then got into trouble

New Delhi Bollywood actress Kareena Kapoor Khan is having her second pregnancy these days. Kareena’s name is one of the successful actresses today and the Kapoor family takes great pride in her. But there was a time when Mummy Babita was disturbed by his antics. Actually, Kareena was always very frank and believed only by doing what she was determined to do. Once, Kareena ran away to meet her special friend and broke the lock of the house. However, later he also had to bear the brunt of it.

Kareena has revealed some of her old memories recently. Actually, Kareena was doing her schooling in those days. During this time, he loved a boy and wanted to meet and talk to him. But Kareena’s mother Babita kept the phone in the room and closed the room. Kareena broke the lock on seeing the opportunity and after talking on the phone went to meet the boy.

Kareena further said that once and I had done something like this. Kareena opened the locks with a knife in her mother’s absence. She then ran away from home to meet her friends. Seeing this action of Kareena, mother Babita took a drastic step and sent her to Dehradur. Kareena had to complete her studies in boarding school. However, later Kareena came to understand that she had made a big mistake.