Kajol took this step after hearing the news of Ajay Devgan’s affair, the marriage was saved from breaking up!

Ajay Devgan and Kajol are one of the powerful couples of Bollywood. Both have been living together for 22 years. The romantic life of both is often discussed. But there were ups and downs in the life of Ajay Devgan and Kajol. Once, the relationship of both of them was left falling apart.

Actually, Kajol got the news of Ajay Devgan’s growing proximity with a Bollywood actress. Kajol could not bear this rumor and threatened her husband Ajay Devgan to leave the house with the children. 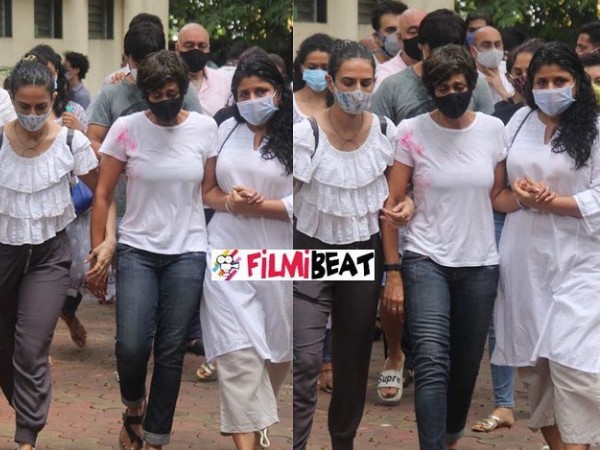 Media reports say that Kangana Ranaut and Ajay Devgan started spending a lot of time together due to the shooting of this film. Rumors about their closeness started becoming common. However, these reports were just gossips on which neither Ajay nor Kajol has ever reacted.

Ajay Devgan got Kangana Ranaut to get films

Rumors say that Ajay Devgn and Kangana had become very close to each other. Ajay Devgan also helped Kangana in getting films like Rascal and Tej.

Kangana has been signed except for Vidya Balan

According to the gossips, it was because of Ajay Devgan that Kangana got the fast film, otherwise Vidya Balan was offered this film, but due to Ajay Devgan’s advice, this film came in Kangana’s bag.

Kajol was furious at Ajay Devgan

When the rumors of Ajay Devgan and Kangana Ranaut’s affair reached Kajol, she became furious and scolded her husband.

Gossips released in the media corridor say that Kajol had threatened to leave her husband after hearing the news of Ajay Devgan and Kangana’s relationship. At the same time, it was clearly told to Ajay that he will not even work with Kangana in the future.