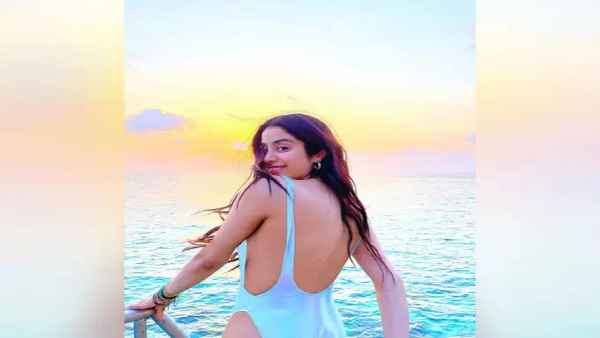 Fans are crazy to see the bold avatar of Janhvi Kapoor

Janhvi Kapoor shared her hot look photo on Instagram on Thursday. Janhvi is seen in blue swimsuits in these photos. Fans are becoming crazy after seeing the bold look of Janhvi Kapoor. Janhvi is praising her fans by commenting her very dearly. As soon as Janhvi shared these photos, within a few hours, about 1 million people liked and shared them.

Janhvi Kapoor having fun in Maldives

Janhvi Kapoor shared this fascinating photo while posing in the bathtub, but this twist is in it

Janhvi Kapoor will be seen in these films

Talking about Janhvi’s film career, Janhvi made her debut in Hindi cinema with Karan Johar’s film Dhadak. The film was a remake of the Marathi film Sairat. In this movie, the pair of Janhvi and Ishaan Khattar were very much liked. Janhvi Kapoor appeared in the recently released Ruhi film opposite Rajkumar Rao and Varun Sharma. Now Janhvi Kapoor will also be seen in the films ‘Good Luck Jerry’, ‘Takht’ and ‘Dostana 2’.

Janhvi Kapoor’s demand to KISS by fan, know what the actress gave the answer