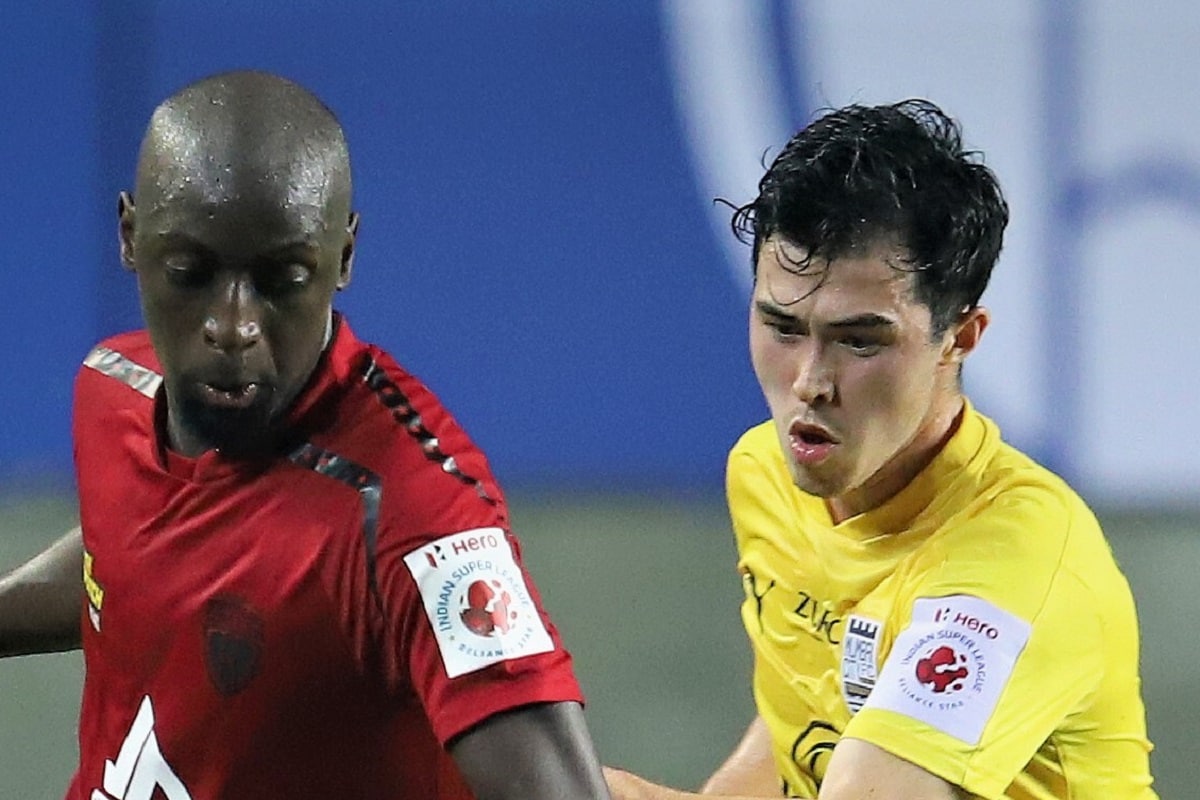 new Delhi. Northeastern United FC made a brilliant debut in the Indian Super League (ISL 2020) football competition by beating Mumbai City FC (Mumbai City) 1–0 here on Saturday, thanks to a goal from former Ghanaian international player Kwesi Apaiah. Mumbai made 306 passes in the first 45 minutes, but could not hit a single shot.

In the first half, Ahmed Zhao of Mumbai City was shown a red card. Playing with 10 players from Jaho’s ground, Mumbai’s problems increased. Jaho of Morocco was given this red card due to the fall of Northeast’s Kama Kamra. After this, both teams were goalless till half time.A strong game played in the second half
In the second half, Northeast United’s team took advantage of the lack of a Mumbai player. The Highlanders started playing aggressive football, which also benefited them. Northeast United’s Australian defender Dylan Fox’s header hit Mumbai City’s Rawlin Borges in the 47th minute of the match. On this, the referee gave penalty to Northeast United.

Apaiya converted this penalty into a goal and put North United FC ahead 1-0. Mumbai had a chance to score an equalizer in the 66th minute, but this time defender Sarthak Golui’s shot from the header went off a few inches above the goal post. In the final minutes, the Mumbai team made several attempts to score an equalizer, but it could not succeed in it

Collision between FC Goa and Bengaluru FC
FC Goa’s team strengthened by the presence of new head coaches and new foreign players will start their Indian Super League (ISL 2020) campaign against Bengaluru FC on Sunday. The new look FC Goa would like to do better this time than the previous performance, which has not won the ISL Trophy even once, while it was runners-up in 2018 and 2015. But this time things will not be easy for coach Juan Ferrando’s team. Ferrando wants the club to continue playing aggressive football that he used to play under the guidance of his former coach Sergio Lobera.

Ferrando said, “We will continue to play aggressive football. This thing attracted me in my post because I believe in this type of football. On the other hand, the Bangalore team has won the ISL title once and would like to start with a win in which its star striker Sunil Chhetri will play an important role. Bengaluru team is a very good unit and it will prove to be a tough opponent for the Goa team.

Chhetri can single-handedly change the trend of the match and defeating Bengaluru FC with a strong team will be a crooked task for any team. The team also includes veteran goalkeeper Gurpreet Singh Sandhu, who is as important as Chhetri. Ferrando, in a press conference held on the eve of the match, called Bengaluru FC a ‘very good team’ but also said that his team is very positive.