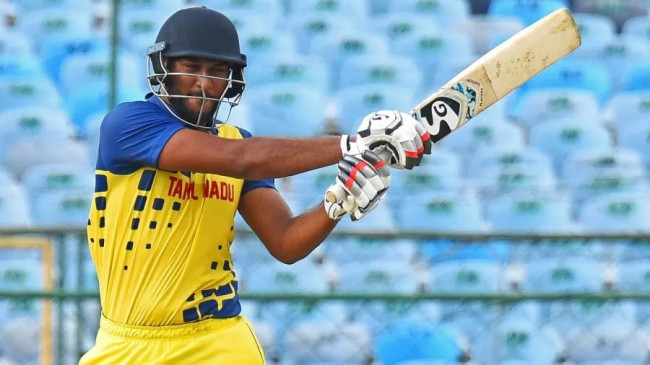 IPL auction: Preity’s Shahrukh Khan, Punjab Kings bought the player with a base prize of 20 lakhs for 5.25 crores

Digital Desk, Chennai. Players are being auctioned for the Indian Premier League (IPL) 2021. Three players from 164 Indian, 125 foreign and associate countries got a place in the auction list. The franchisees are also eyeing the surmounts of domestic cricket. The fate of Tamil Nadu all-rounder Shah Rukh Khan opened on the first day of the auction. Shah Rukh, with a base prize of 20 lakhs, was bought by Kings XI Punjab for Rs 5.25 crore. Shahrukh Khan is a great choice as a finisher.

Shahrukh, 6 feet 6 inches, performed brilliantly in the Under-19 Coochbehar Trophy (624 runs and 18 wickets) in 2016. Despite this, he was ignored for the Under-19 World Cup. However, given his talent, he was selected in the Tamil Nadu team for the Vijay Hazare Trophy in the same year. A few weeks later, Shah Rukh made his T20 debut, where he played a brilliant 8-ball 20-run knock for his team. Subsequently, Shah Rukh was selected by the Trichy franchise in the Tamil Nadu Premier League (TNPL).

He did not do well in this tournament. He was briefly eliminated from the selectors’ radar due to poor form. In the 2018 edition of the tournament, Shah Rukh scored 325 runs in nine matches for his new franchise Kovai Kings. This performance helped Shahrukh return to Tamil Nadu. Now he will also be seen playing in the IPL. Before the auction, there were reports that some IPL franchises were willing to include him in their team.