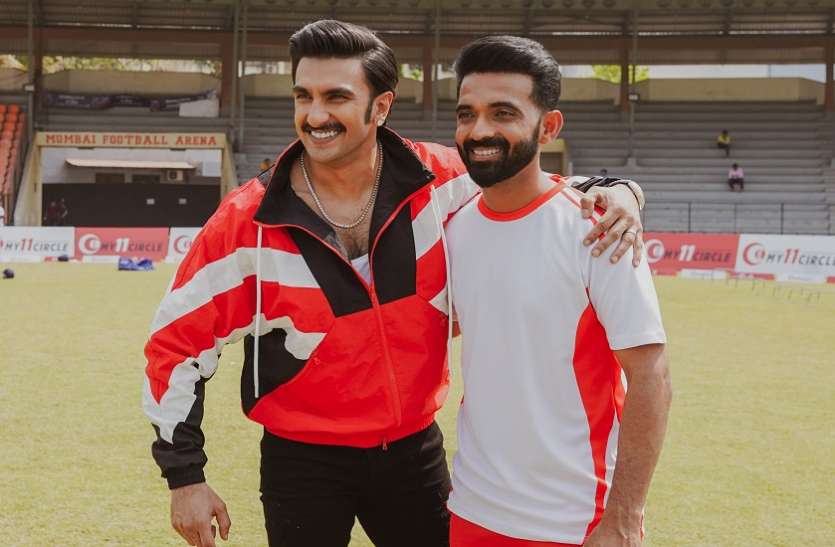 IPL 2021: Ranveer Singh posted a picture with Ajinkya Rahane before the match

Ranveer gave his best wishes
In fact, Chennai Super Kings and Delhi Capitals face off at Wankhede Stadium on 10 April. Ajinkya Rahane will also play in it. In such a situation, Ranveer Singh has given good wishes to Ajinkya before the match. Ranveer has posted a photo with Ajinkya. Both of them are seen laughing. The usual excitement can be seen on Ranveer’s face. Sharing this picture, Ranveer wrote in the caption, “Best wishes for the tournament, champion.” There are many likes and comments on this post.

Acting to play cricket
Apart from this, a video of both of them is also going viral. This video has been shared by Ajinkya Rahane from his Twitter account. In which both are acting to play cricket. While Ranveer Singh is putting the ball, Ajinkya is seen shot. Sharing this video, Ajinkya also wrote a funny caption. He writes, when Simba Aaya meri gali then a cricketing shot is made.

Have definitely featured this bowlers name to feature in my 11 😉 @RanveerOfficial pic.twitter.com/ogJ4bWLXYt

Film promotion
It is believed that Ranveer Singh has landed on the ground for the promotion of his upcoming film ’83’. Actually, Ranveer Singh’s film ’83’ will be released on 4 June. In this, he will be seen in the role of Kapil Dev. The film will feature Deepika Padukone as Kapil Dev’s wife. Though his role is small, the audience will once again see the pair of Ranveer and Deepika on the screen.