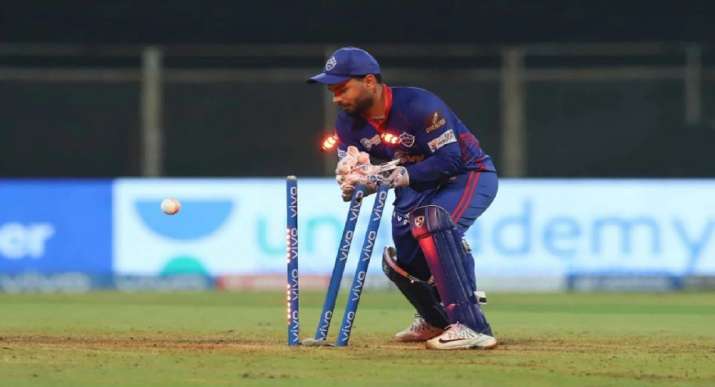 IPL 2021: Delhi captain Rishabh Pant disappointed with defeat against Rajasthan, told where he missed the team

In the 7th match of the Indian Premier League 2021, the Delhi Capitals suffered a crushing defeat by Rajasthan Royals by 3 wickets. After this defeat, Delhi Capitals captain Rishabh Pant looked very disappointed and said that we have lost 10 to 15 runs in batting, due to which we have lost.

After the match, Pant said, “Our bowlers performed well but the way we started, we could not finish it according to ourselves.”

He said, “Although we bowled well but the victory is part of the victory game. Also at the end of the match Dew made a big difference. We were left behind by 10 to 15 runs in the match which we should have made during the batting. ”

Let us tell you that in this match, Rajasthan Royals captain Sanju Samson invited Delhi to bat first after winning the toss. The Delhi Capitals did not have much of a start in the match and Prithvi Shaw (2) and Shikhar Dhawan (9) returned to the pavilions cheaply in the first match.

Although captain Rishabh Pant (51) definitely played a half-century, but despite this, the entire team could only manage 147 runs in 20 overs.

The Rajasthan Royals started off chasing the target of 148 runs given by Delhi and they were losing wickets at frequent intervals.

However, David Miller (62), meanwhile, completed his half-century but in the end, with the stormy batting of Chris Morris (36), Rajasthan Royals scored 150 for 7 wickets with 2 balls to spare.

This was Rajasthan Royals’ first win in the tournament, while Delhi suffered their first defeat.