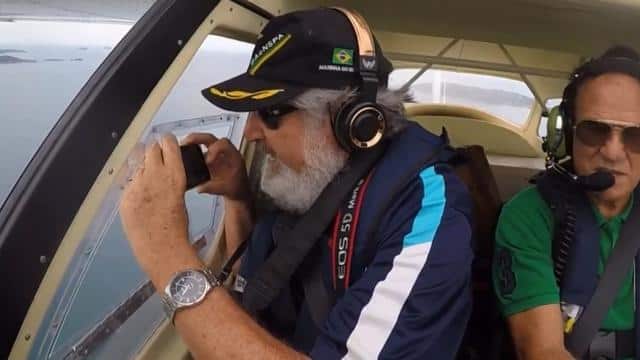 The fall of mobile phones is not less than a nightmare for almost everyone. If your phone falls from your hand, pocket or even below the table, then there is a bit of damage in it.

Even at times the screen of the phone breaks. But have you ever thought that if the mobile phone falls on the ground from an airplane flying in the air, what will be its condition? Thinking like this, you get sweaty.

But a similar case has happened to a film maker in Brazil, in which the film maker’s Apple iPhone 6s fell down from the plane and the phone remained safe even after falling down.

According to a report published in G1 Globo.com, documentary film maker Ernesto Galieto of Brazil was enjoying a flight in a small jet over Cabo Frio Beach in Rio de Janeiro. During this time, he was taking pictures of the middle and nearby locations from his iPhone 6s phone below.

While taking photos during the flight, his phone suddenly fell down due to strong wind. After the phone fell, Galieto felt that his phone was lost, but when he searched the Find My app, his phone’s location was found in the middle. After this, when they reached the location, their phone was found lying on the ground safely.