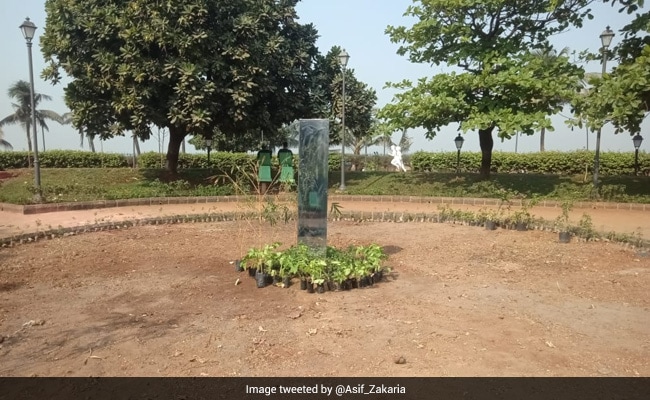 India’s second mysterious structure seen in a park in Mumbai

The mysterious monolith of the metal was seen mysteriously around the world and then disappeared. It was seen in Joggers Park in suburban Bandra on Wednesday. Local councilor Asif Zakeria gave information about this by tweeting on Wednesday morning.

He shared some pictures of it and tweeted, “Number is on one side of it, let’s try to find out what it means.” This is the second such structure that has been seen in the country. Another similar structure was found in the garden of Ahmedabad in December last year.

The first such structure was found in a remote ravine in Utah, USA. Such structures have been seen in about 30 countries. The councilor said in a press release that this structure has encrypted messages about nature and wildlife conservation. Brihanmumbai Municipal Corporation (BMC) officials have not commented on the development.