Indian Railways News: Ministry of Railways resumes pre-covid trains, fares will be reduced as before

New Delhi. Good news has come for the railway passengers on Friday. Indian Railways has restored Pre-Covid trains i.e. those trains which used to run before Kovid and were not running due to Kovid will now be able to run. With this, more than 1700 trains will be restored in the next few days. Railway Ministry and Railway Board have also issued a letter in this regard. At present railway is running 1744 train but by putting 0 in front as special train. Now ‘0’ will be removed from the front of the number of trains. Now these 1744 trains will run like pre-covid. These trains were running as special trains in Kovid. That’s why their rent was high, now the rent will be less as before.

In view of Corona, the Ministry of Railways was running regular mail / express trains as special trains. But now it has been decided to resume normal operation of these trains. That is, the service of Mail / Express Special and Holiday Special trains will now be like regular trains. These trains will again run with regular numbers. Also the old regular fare will be applicable again. 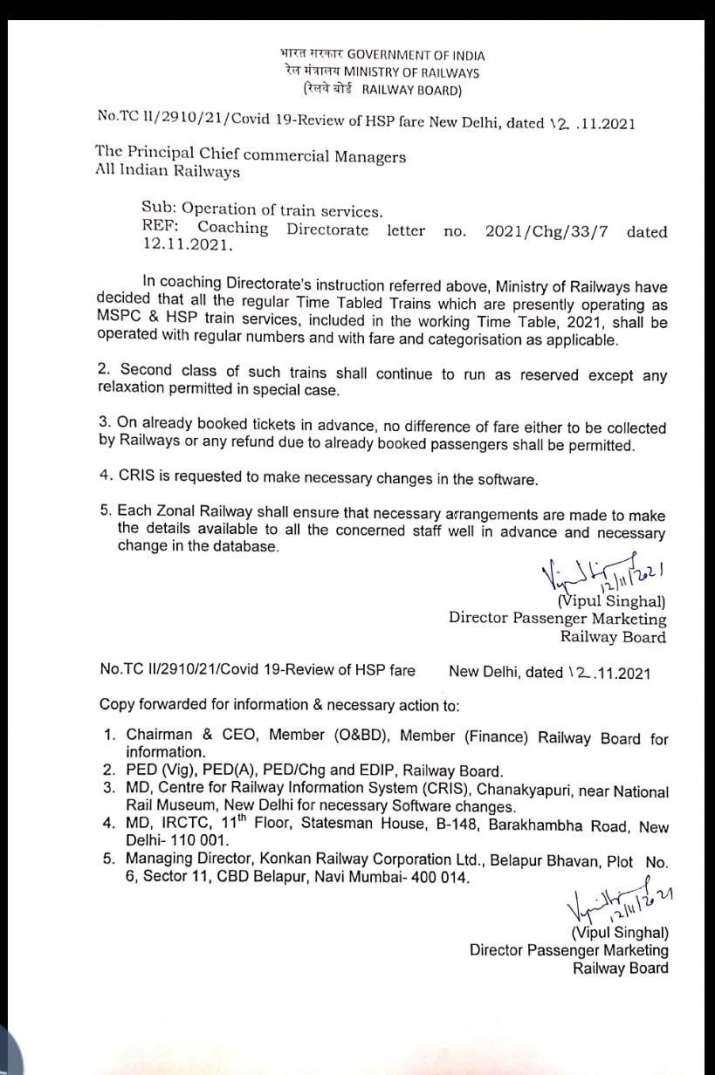 In a circular issued by the Ministry of Railways, it has been said that the Ministry has issued instructions in this regard, which will be implemented in the next few days. After this decision, more than 1700 trains will be restored as regular trains in the next few days. It has also been said that the precautions and restrictions related to Kovid-19 will remain in force in all trains.

Know what will happen to the train tickets booked in advance?

In a circular issued by the Ministry of Railways, it has also been said that no extra fare will be charged nor any money will be refunded by the Railways on the tickets booked in advance. The Railways also says that even though the special fare is being abolished, the fare of trains will remain at the pre-Kovid level.