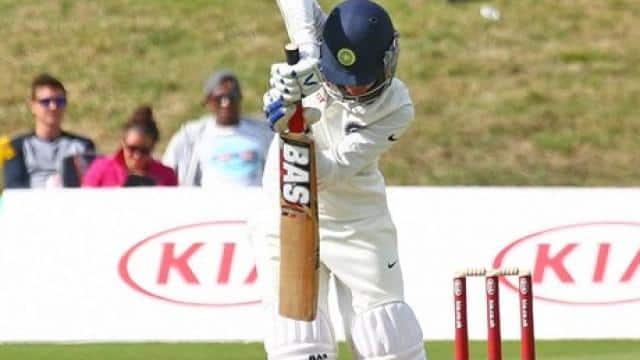 Opener Smriti Mandhana said that she never thought that the Indian women’s cricket team would ever get a chance to play a day-night Test match. The Indian women’s team will play a day-night Test match at the Waka ground in Perth from 30 September to 3 October on their upcoming tour of Australia. On this tour, the team also has to play a series of limited overs. ‘To be honest, when I used to watch the men’s day-night test, I never really thought that I would be able to experience this moment,’ told Mandhana to ‘ESPN Cricinfo’. At that time I did not think that the Indian (women’s) team would be able to experience it.

He said, “I was very happy when it was announced.” This pink ball (day-night test) will be the first time the Indian women’s team will play a four-day (women’s test) match against Australia after 2006. This will be his second Test match this year. The team has to play a Test against England in Bristol earlier in June. Mandhana said, ‘I also remember my first day-night ODI and T20 matches. I was very excited, like a small child. I was thinking wow, we will be able to play a day-night match. ‘

The vice-captain of the Indian T20 team said, “Now that we are going to play a day-night Test match, we have to work on many things but there is a lot of enthusiasm. There is excitement about being a part of the Day-Night Test match. He is also always challenging to play against Australia in Australia. It is going to be a great moment for the Indian women’s cricket team. Mandhana said that he is thrilled about the Test with the pink ball but he is currently focused on the Test against England from 16 June. He said, ‘It would be too early to talk about that now. It is a process. You have to get used to it. It is too early to start practice with the pink ball, as there is three-four months left in the match.