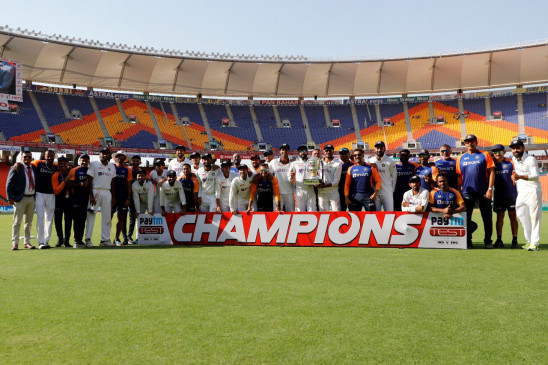 IND vs ENG: India won the 13th consecutive Test series at home, returning after losing the first Test for the sixth time

Digital Desk, Ahmedabad. India beat England by an innings and 25 runs in the fourth Test at the Narendra Modi Stadium in Ahmedabad on Saturday. With this, won the four Test matches series by a margin of 3–1. With this victory, India have reached the final of the World Test Championship, where they will face New Zealand. The final match will be played from 18 to 22 June this year at the Lord’s ground in England.

This is Team India’s 13th consecutive Test series win at home. India started their 4–0 series win over Australia in 2013 to win the home Test series. During these eight years, India has defeated eight countries at home, except Pakistan.

Australia in second place
Australia is at number two in winning the most consecutive Test series at home. The Australian team (1994–2001 and 2004–2008) have won the series 10–10 times. Apart from this, West Indies and New Zealand have won the series 8-8 * times, South Africa and England 7-7 times on their soil.