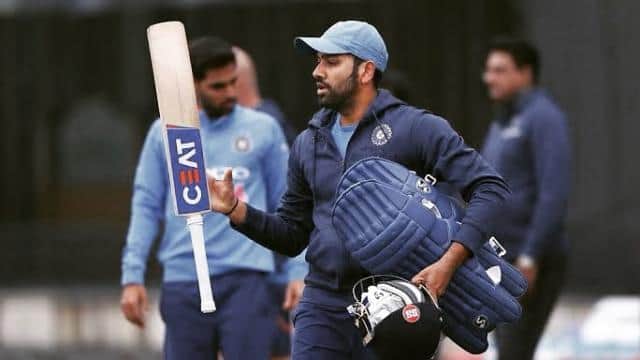 IND vs AUS: Sanjay Manjrekar slams Rohit Sharma for being out after playing bad shots

The last match of the Border-Gavaskar Test Series being played between India and Australia is being played in Brisbane. After the end of the second day’s play, the Indian team scored 62 runs at the loss of 2 wickets. Everyone is criticizing the way Rohit Sharma got out in the first innings of Gaba Test match. Former Indian cricketer Sanjay Manjrekar has lashed out at Rohit Sharma for that bad shot.

Rohit Sharma reacted to criticism on poor shot against Lion

Commentator Sanjay Manjrekar wrote on Twitter, “In a non-experienced team, the experienced Rohit Sharma cannot be saved by making some sort of excuse to play such a shot.” While Rohit was playing for 44, he played a big shot off Nathan Lion’s ball but the ball and bat were not well connected due to which Rohit got a simple catch at long on. Rohit was playing very well at the time when he was out.

Considering the experience missing in the team, that shot from an experienced Rohit Sharma was inexcusable. #AUSvsIND

However, while addressing the press conference, Rohit Sharma said that he has no regrets on that shot. Rohit Sharma said, ‘I reached where I wanted to reach, just I could not connect the ball properly. I wanted to play between longon and square leg but did not succeed. I like playing the kind of shot I played. This is a good pitch to bat on. Yes, it is also true that this pitch has a lot of bounce but I like it. He said, ‘Once I played the first few overs after that I realized that there is not much swing on the pitch. I was unfortunate to be out but I do not regret it. My role is to attack the bowlers.

Mohammad Azharuddin not worried about IPL auction, told how opener

The Border-Gavaskar Test series being played between India and Australia is now 1-1. Whichever team wins this match, it will occupy the series. However, the second day of the cricket fans was not very good. The day’s play could not be completed due to rain. The Indian team is currently 307 runs behind Australia.