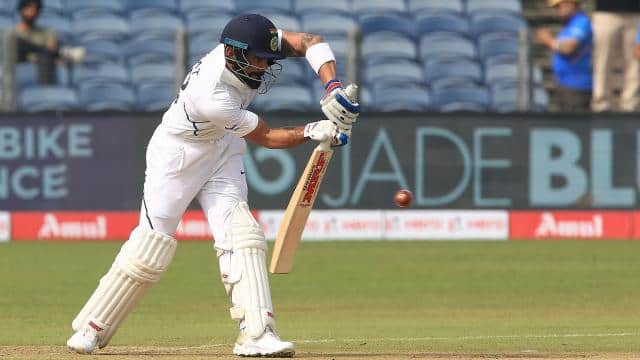 IND vs AUS: know whether Virat Kohli will play against Australia A, answer to Indian captain

Indian captain Virat Kohli is skeptical of playing against Australia A in the second practice match to be played in Sydney from 11 December. The Border-Gavaskar Trophy will begin in Adelaide from 17 December between India and Australia. Before that, the Indian team will play a three-day practice match with Pink Ball against Australia A on Friday. There is doubt about the playing of captain Virat in this match.

IND vs AUS: Virat Kohli told, on which condition Hardik Pandya can join the Test team

Virat said that the decision to play or not to play in it is not in my hands and I would like to play in the entire match. I will decide to play in this match only after consulting my physio. After playing the first Test, Virat will return home due to the birth of his first child.

India have played the first three-day match in view of the practice of the Test series against Australia which was a draw. Mayank Agarwal, Ravindra Jadeja, Lokesh Rahul, Jaspreet Bumrah, Mohammed Shami could not participate in the T20 team series in this practice match.

Sehwag lashes out at Maxwell, ‘IPL focuses more on golf than cricket’

On this tour, India lost the first two ODIs and series against Australia in a disappointing start. After this, they won the third ODI and the opening two T20 matches and won the T20 series 2-1.

All-rounder player Hardik Pandya was also awarded the Man of the Series award for his brilliant performance in the T20 series. However, Hardik is not in the squad for the Test series, so he will return to India soon.