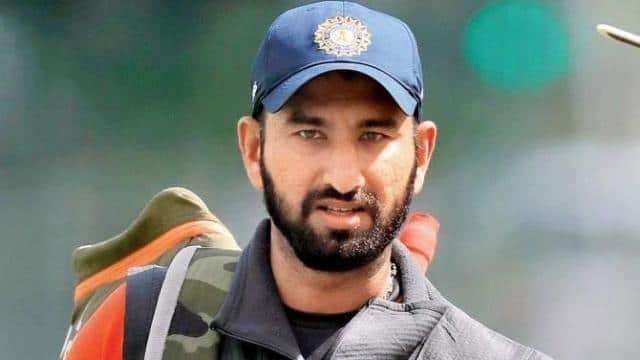 The first day of the first Test match between India and Australia in Adelaide was mixed for both the teams. Captain Virat Kohli (74) and Cheteshwar Pujara (43) played good innings for Team India, due to which India scored 233 runs losing 6 wickets on the first day. At the same time, Mitchell Starc looked in a good rhythm for Australia and took two wickets in his name. Pujara faced 160 balls in his 43-run innings and his wicket was taken by Nathan Lyon. After the end of the day’s play, Pujara praised Lion’s bowling.

INDvAUS: Virat Kohli’s runout by mistake of Ajinkya Rahane, Fans made some such tweets

Talking at the virtual press conference, Cheteshwar Pujara said, “Lions have been very successful as bowlers in the last four-five years. He likes bowling over as much as possible. Their line length is very good and it has improved a lot, I think so. It is this that has helped him immensely and he loves to take up the challenge and he is among those who enjoy their bowling very much. But, as a batsman, I think you should be ready and try to score as many runs as possible.

INDvAUS: What happened on the first day of Adelaide Test, learn 5 big things

Talking about playing the pink ball, the veteran batsman of Test cricket said, ‘The more you play against the pink ball, the more you will get used to it, but I think there was a lot in the pitch for fast bowlers and the way Seeing that he bowled, we needed to establish a partnership. India captain Virat Kohli decided to bat first by winning the toss in this day-night Test match, but the team started badly and Prithvi Shaw was out on the second ball of the match, while Mayank Agarwal also did nothing special with the bat. can do. Subsequently, Pujara teamed up with captain Kohli for a useful partnership of 68 runs for the third wicket.