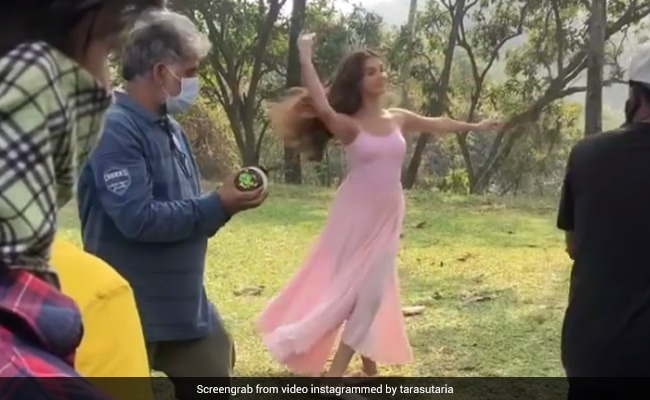 In between shooting, Tara Sutaria started swinging on the set itself, very viral video

Tara Sutaria has won a lot of hearts with her work as well as her style. She is often associated with fans by sharing her photos and videos. Tara Sutaria has now posted a video, in which she starts dancing and dancing on the set itself between the shoots. Tara Sutaria Dance has shared this dance video from her Instagram account. As usual, fans are reacting fiercely to their videos.

Tara Sutaria can be seen in the video that she is dancing during the shoot on the set and the director is shooting her style. His style and style are worth seeing in the video. Sharing this video, Tara Sutaria wrote: ‘When you start making improvements on the set itself.’ Let me tell you that this is not the first time Tara Sutaria has caught the attention of such people with her style. Even before this, his posts have gone viral.

Upcoming films by Tara Sutaria include ‘Ek Villain 2’, ‘Tadap’ and ‘Heropanti 2’. Tara Sutaria is also very fond of singing. Before appearing in films, she has spread her talent in TV shows like ‘Anything for Entertainment’. Apart from this, the actress has also worked on Disney Channel shows like ‘Big Bada Boom’, ‘Suite Life of Karan’, ‘Kabir’ and ‘Oye Jassi’. Tara Sutaria also played the lead role in the show ‘Musical Greet’.