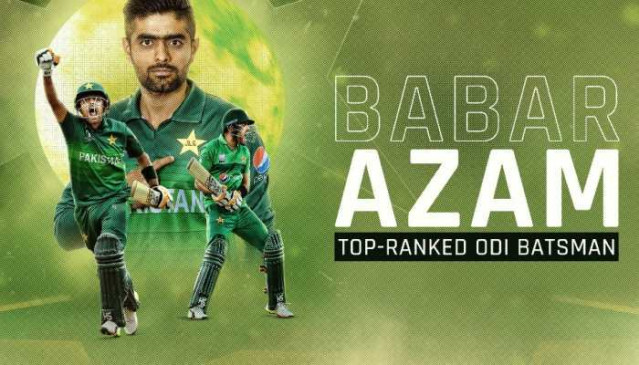 Digital Desk, New Delhi. Pakistan captain Babar Azam has become the number-1 batsman after beating Indian captain Virat Kohli in the latest ODI rankings released by the ICC on Wednesday. The 26-year-old Babar scored an 82-ball 94 in the final match of the series against South Africa at Centurion, which helped him to 13 ratings points and reached 865 points.

Babar has become the fourth player to top the rankings from his country. Babar achieved number one ODI batsmen like compatriot Zaheer Abbas (1983–84), Javed Miandad (1988–89) and Mohammad Yusuf (2003). That is, after 18 years, a Pakistani batsman achieved this feat.

According to the Cricbuzz report, Kohli has slipped to second place with 857 rating points. There is an eight-digit gap between Babar and Kohli. In third place is Rohit Sharma of India. Kohli topped the batsmen’s ranking for 1,258 days, which lasted more than three years. Kohli became the No. 1 batsman in October 2017, beating South African batsman AB de Villiers and since then his crown was decorated. But, for the first time in so many years, Kohli has dropped from the top position.