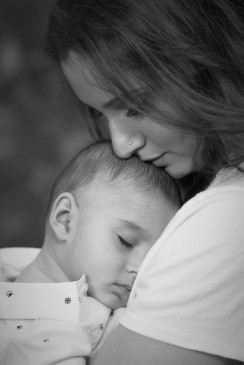 I was not sure of a return to the game when I gained 23 kg in pregnancy: Sania

Digital Desk, Mumbai. Indian women’s tennis star Sania Mirza has said that when she had gained a lot of weight during her pregnancy, she felt that she would not be able to return to the court again. Sania gave birth to her first child Izhan in October 2018 after marrying Pakistani cricketer Shoaib Malik in the year 2010. He then returned to the tennis court in January 2020. After her return, she competed in the women’s doubles at the WTA Hobart International 2020, her first tennis tournament.

Sania has written an open letter to all the mothers after watching the documentary Being Serena of US veteran female tennis player Serena Williams. Sania wrote in her letter, Pregnancy and a child made me a better person. She said, Pregnancy is something that I experienced for the first time in my life. I thought about it and I think we all have a picture about it. But when you experience it, you understand its meaning. It changes you as a human being.

34-year-old Sania further said, “I didn’t believe that after gaining 23 kg during pregnancy, I would be able to get fit again and play tennis again.” Sania said, but I did all the workouts and had reduced my weight by about 26 kg. I was able to come back to tennis because I loved it. Ultimately, when I returned to court, I won the title of Hobart International and it was a different feeling for me.