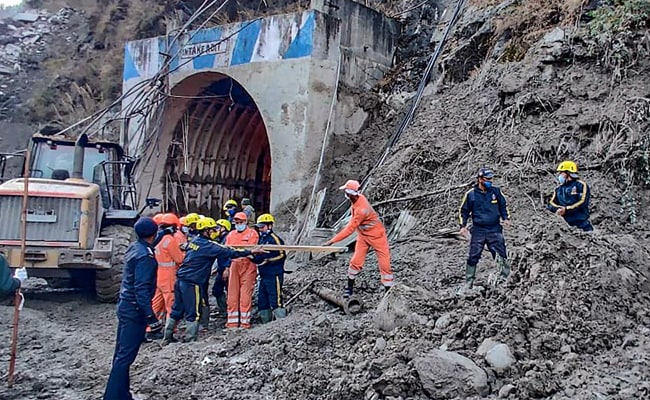 Glacier Burst from Alaknanda Disaster in Uttarakhand Environmentalists have started raising questions about Leader of Chipko movement and Magsaysay Award winner Chandi Prasad Bhatt said on Monday that hydropower projects are being cleared in sensitive area in a hurried manner and by such works Himalaya Stop messing with the Himalayan Ecosystem.

Bhatt said that the floods in the Rishi Ganga river in the Raini area of ​​Chamoli on Sunday are the result of this. Bhatt, who was conferred with the International Gandhi Peace Prize, said that what happened in the Rishiganga and Dhauli Ganga is the result of playing with nature. Himalaya is a fragile mountain and its rupture is in its nature. Earthquakes, avalanches, landslides, floods, glaciers, breakage of locks and blocking of rivers, etc. are associated with its existence. Bhatt said that increasing human intervention cannot tolerate the ecological system of the Himalayas.

On the terrible floods of Alak Nanda of 1970, the Chipko leader said that the entire Alaknanda Valley, including the Rishiganga Valley that year had been devastated by the floods, which forced the thinking of sustainable development of the Himalayas. After this flood, people successfully started the Chipko movement to save the forest of Rani village at the mouth of Rishiganga. As a result, the then state government had banned the felling of trees in the entire reservoir area of ​​Alaknanda. Bhatt said that for the past several decades, the incidence of floods and landslides has been increasing rapidly from one end of the Himalayas to the other. The catastrophic floods in the tributaries of the Ganges in 2013 forced not only Kedarnath but also the entire Uttarakhand to ponder.

Bhatt said that by ignoring the sensitivity of the valley in Rishiganga, construction of hydroelectric projects was given environmental approval on the basis of little knowledge while the area is at the mouth of Nandadevi National Park. Confidential approval of a 13 MW hydropower project is like feasting on such disasters. Upon receiving information about the construction of this project, it is sad that how the approval for this project was given in sensitive area. While we still do not have effective information about the ecological system of the region for safe operation of such projects.

Bhatt questioned that the permission to build and run projects, and especially environmental clearance, is obtained without questioning. But one has to wait for years to get approval for local needs.

The environmentalist said that most of the Ganges and its tributaries originate from the glaciers and at their source there are many small big ponds with glaciers about which more information needs to be collected. The Chipko leader said that in view of the sensitivity of the Himalayas, it should be studied through the departments related to space, geological glaciers and their recommendations should be implemented.

Debris filled in tunnel due to flood